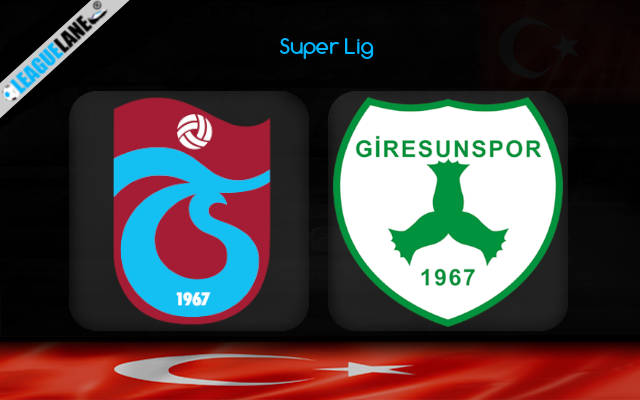 The World Cup break by no means disrupted Giresunspor who have just continued from where they stopped in November.

The team led by Hakan Keles jumped to the 10th position of the Super Lig ladder after a run of three victories and a draw in the previous four rounds.

The latest success came seven days ago in a 2-1 victory over Gaziantep. Bosnian striker Riad Bajic bagged the late winner in the fifth minute of stoppage time to secure a big victory for Giresun.

Keles’ troops will be looking to extend the positive streak on Thursday afternoon when they travel to Senol Gunes Spor Kompleksi to take on Trabzonspor in the last game of Matchday No 17 in Super Lig.

Trabzon enter this as massive favorites according to the bookmakers but we must say they suffered a tough 4-1 loss at Fatih Karagumruk in the previous round played last Wednesday.

Interestingly, such a painful defeat came just four days after a big 2-0 victory over Fenerbahce.

Trabzonspor are generally a formidable force in front of the home fans where they have four wins and three draws in seven league games this term.

Nevertheless, Abdullah Avci’s men showed plenty of defensive holes eight days ago and we are not quite optimistic regarding their chances of a clean sheet here against the attacking-minded Giresunspor.

This match has goals in it. Giresunspor have shipped five goals in three of the last five games (two friendlies and one cup affair). They also allowed six shots on target in the last week’s 2-1 win over Gaziantep in the Super Lig.