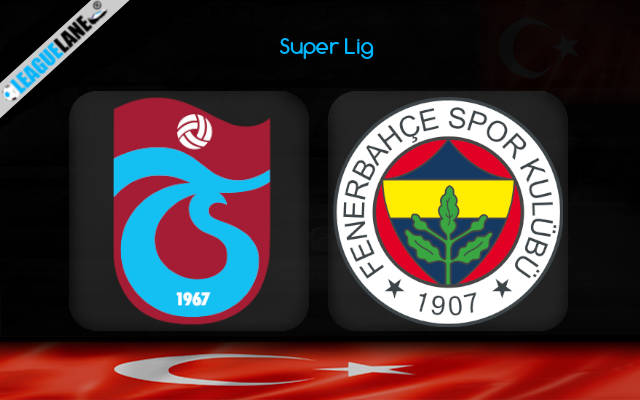 Trabzonspor vs Fenerbahce Predictions and Free Tips from our expert tipsters when the teams go head-to-head in Super Lig on Saturday, 24 December 2022.

Fenerbahce will return to action this month in the Super Lig. They have won all of their friendly games which were held over the last two months. Including an impressive 2-1 victory against Villareal. Last time in the league they lost their second game of the season against Giresunspor.

Meanwhile, Trabzonspor are on a winless run since November. They held Konyaspor in a 2-2 draw at their home in the league last time.

Both teams played in a 1-1 draw back in March this year. The visitors are unbeaten in three of the last five overall head-to-head meetings. Fenerbahce are on a five-game winning streak away from home in all competitions.

Who will win the match between Trabzonspor and Fenerbahce?

The last time Trabzonspor won a league outing was way back in October. Also, their last two games ended in a stalemate. We can back the visitors to win this fixture. They have a decent winning record at home this season. Not to mention that they are at the top of the table this season.

In three of the last five encounters over 2.5 goals have been scored. We can expect the same trend to occur this time as well.

The first tip for this game is that Fenerbahce will win both halves– at 4.00 odd. They have won both halves in their last two victories against this team.

Our second tip is that Over 2.5 goals with both teams to score– at 2.00. We can back this tip as both teams have scored a combined total of ten goals in three of their last four overall head-to-head meetings.

Moreover, at Medical Park Stadium both teams have scored consistently since 2018, with just one exception.