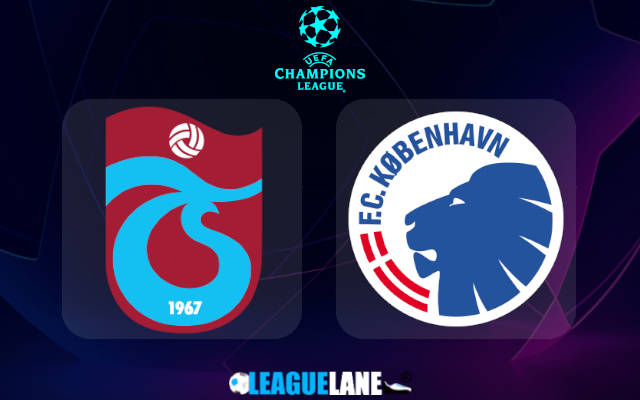 Greek midfielder Anastasios Bakasetas left the tie between FC Copenhagen and Trabzonspor wide open after scoring the last goal of the first leg eight days ago at Telia Parken.

Bakasetas halved FC Copenhagen’s advantage ahead of the return leg at Medical Park Stadyumu where the Turkish champions will be chasing their first-ever appearance in the group phase of the UEFA Champions League.

Trabzonspor may not have enough experience in European competition but they have proved to have what it takes to stay competitive against the Danish outfit despite going 2-0 down early in the second half of the affair in Copenhagen.

Head coach Abdullah Avci has enough quality in his ranks, including the likes of Andreas Cornelius, Jean Kouassi, Djanini, Enis Bardhi, Trezeguet, Marek Hamsik (injured), and Anastasios Bakasetas (among others) and we would by no means be shocked to see this team in the group stage.

However, Trabzonspor will enter this game in the lowest of spirits after suffering a tough 5-2 loss at Antalyaspor on Saturday afternoon.

Avci’s troops thus ruined a great start to the season as well as the atmosphere in the dressing room ahead of this most important game of the year.

FC Copenhagen, on the other side, did not have any problems in the 0-3 victory over Lyngby. Red-hot Viktor Claesson bagged a brace on Friday, confirming his excellent spell of form on the occasion.

We expect an electric atmosphere at Medical Park Stadyumu with a historic opportunity for Trabzonspor to make it to the group stage of the elite continental competition for the first time in the team’s history.

However, Trabzonspor are vulnerable defensively. They showed it on Saturday by shipping five goals at Antalyaspor. They need to go for the win here, meaning the Danes should have more space to deliver from counters. In such circumstances, we like the away win pick at the attractive 3.40 odds. You can also go with Viktor Claesson to score anytime for the visitors at the 4.00 odds.