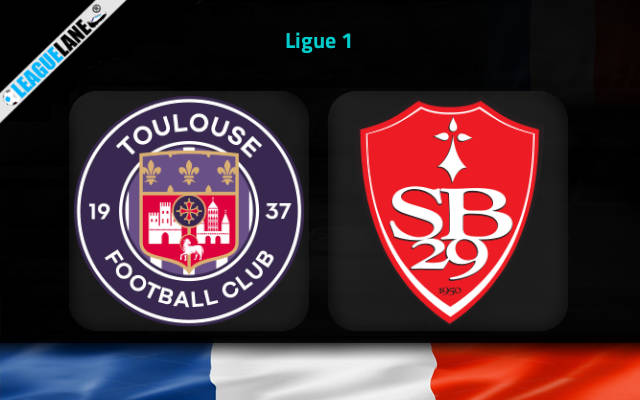 Toulouse vs Brest Predictions and Free Tips from our expert tipsters when the teams go head-to-head in Ligue 1 on Sunday, 15 January 2023.

Toulouse are in good form this year as they are on a three-game winning streak in all competitions. They are twelfth in the league and recently celebrated a huge 5-0 win over Auxerre.

At the same time, things are not looking good for Brest. They are currently in the relegation zone and are on a three-game winless run. Most recently they held Lille to a goalless draw.

Both teams will be playing against each other after a period of three years. At this ground, the host are unbeaten in three of the last four meetings.

The visitors have won only once in the last eight head-to-head matches.

Who will win the match between Toulouse and Brest?

The host are favourites to win this fixture. The two main reasons are that they have a very strong unbeaten record against this team in the last ten years. The visitors are in the relegation zone and have struggled in the league since November.

The host are in excellent goal-scoring form, they recently scored five goals against Auxerre. In the Coupe de France, they scored seven goals as well. We can expect the same trend to continue this time as well. Do note that the visitors have not scored in their last two matches.

The first tip is that Toulouse will win this game– at 1.95 odd. They are unbeaten this month and are on a two-game winning streak in the league.

Our second tip for this game is that Over 3.5 goals will be scored – at 3.20. The host have scored a minimum of four goals in their last two matches in all competitions. Previously they scored five goals against Auxerre who are in the relegation zone.

Also, you can bet on Thijs Dallinga to score anytime – at 2.87. He is in excellent goal-scoring form as he scored three goals in his last two appearances. It is important to note that the visitors are in the relegation zone, therefore we can expect him to score against Brest as well.