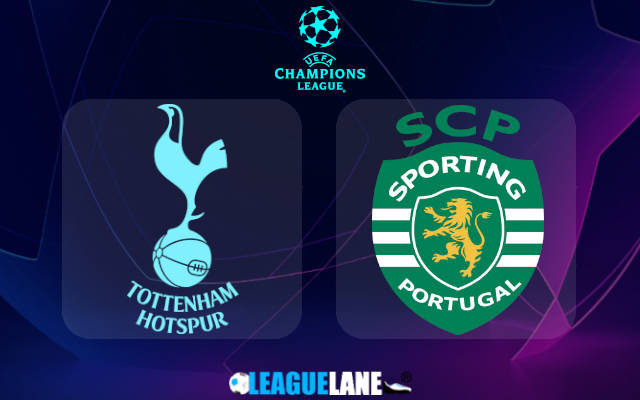 Sporting CP opened the Group D campaign in a phenomenal fashion with two wins in as many games. However, two losses in a double-header against Marseille complicated their situation drastically ahead of the final two fixtures against Tottenham and Eintracht Frankfurt.

The Portuguese outfit have dropped to third place in the group after the mentioned losses to Marseille.

Tottenham, on the other side, sit atop the group standings thanks to a 3-2 victory over Eintracht Frankfurt in the previous round.

The hosts can secure the qualification to the knockout phase with a win here. A defeat could easily get them down to third place, though.

Spurs won’t enter this in the highest of spirits after back-to-back poor performances in the Premier League.

Antonio Conte’s men offered very little offensively in the consecutive defeats to Manchester United and Newcastle, scoring just once along the way.

Even that lone goal came from a corner kick. Sporting CP can be tough to break down (as we saw in the opening two games in this group) and it will be very exciting to see whether the Portuguese outfit can take advantage of a potential lethargic performance from their rivals here.

Sporting ease past Casa Pia 3-1 in an important domestic league game last weekend but it is worth noting that they will be without their best player Pedro Goncalves here. The offensive midfielder was sent off in the previous round’s home loss to Marseille.

Sporting CP stunned Tottenham 2-0 back in mid-September when the two teams met each other for the first time ever in a competitive game.

The two sides did play each other in a preseason friendly in July 2010 when they drew 2-2.

Tottenham are big favorites according to the bookies but they do struggle to create chances without injured Dejan Kulusevski. We expect Sporting CP to park the bus here and we see the value in backing the Under 2.5 goals FT bet at the 2.20 odds.

The braver tipsters can try even with the goalless stalemate as the correct score longshot at the sky-high 15.00 odds.