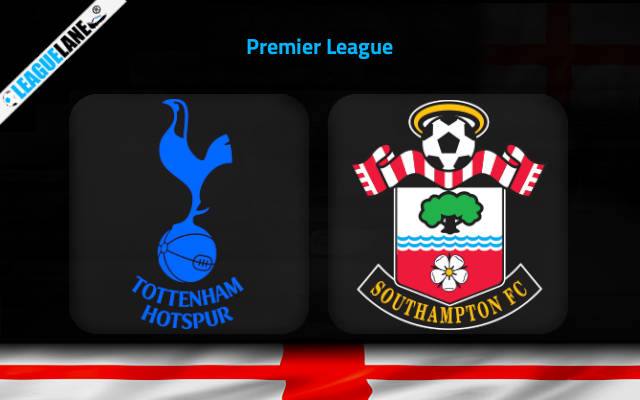 Tottenham have been very active in the summer and many experts tout them as even the potential title contenders with all the latest acquisitions.

Richarlison will provide the much-needed back-up for Harry Kane and Heung-Min Son up front, Yves Bissouma and Clement Lenglet should drastically improve the team’s defensive displays, while Ivan Perisic and Djed Spence will be fantastic additions to Conte’s beloved wing-back positions.

We should by no means be surprised to see Spurs thriving this season with a well-equipped squad all over the place.

Also, you should not forget that Conte has already won six league titles with different clubs. Can he finally lead Spurs to a trophy this time around?

The Lilywhites will have a great chance to get off to a victorious start on Saturday afternoon when they welcome struggling Southampton to London for the Matchday No 1 fixture.

The visitors had a disappointing campaign last time out and they have done very little to actually improve the squad in between the two seasons.

Rangers’ Joe Aribo is the only significant acquisition so far for Ralph Hasenhuttl and his team. It is worth noting that the Saints no longer have Armando Broja who returned to his parent club Chelsea this summer.

Harry Kane and Heung-Min Son have been great in the pre-season for Spurs, combining g for the majority of the team’s goals this summer. Kane has had a particularly strong pre-season and we will back him to score anytime past the Saints at the odds of 1.72.

Looking at tradition, this should be a high-scoring affair. We like Tottenham to win & Over 2.5 goals FT pick at the 2.00 odds.