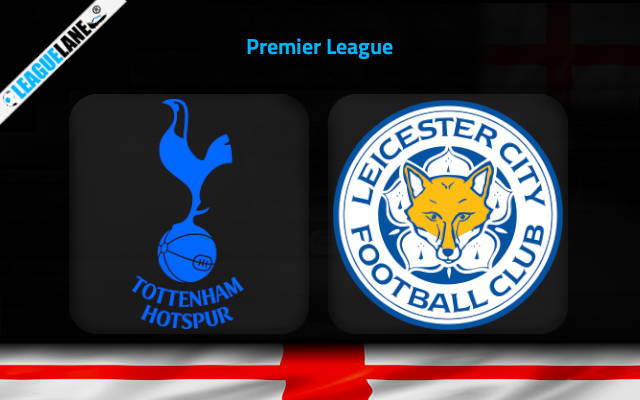 Leicester continue to be possibly the worst team in the whole English top flight this season, and they are easily massive underdogs this Saturday on the road against the unbeaten Tottenham.

Antonio Conte and his boys are determined to leave their mark in the English Premier League at any cost. Not only are they placed third in the table at the moment, but along with defending champions Manchester City, they are the only team in the tournament to still maintain an unbeaten record.

In fact, barring just two draws, they have a 100% winning record so far. And one of these two draws came against Chelsea.

Moreover, only one other squad let in fewer goals than them in the entire competition too.

In he meantime, the Foxes are placed bottom-most in the table at the moment, and they have a 100% losing record disregarding a single draw.

Only one other team let in more goals than them in the entire tournament, and they are the only squad to have lost all of their games in the past five match-days as well.

In addition, they fared quite poorly in h2h clashes against this rival over the years, and taking into account these observations, expect Tottenham to dominate proceedings this weekend against Leicester.

The Spurs were unbeaten in 16 of their past 18 overall fixtures, and in the process they went on a four-game winning streak, as well as two separate two-match winning stretches.

Moreover, they are on a four-game winning streak in front of their home crowd, and they scored two or more goals in three of these appearances here.

On the other hand, Leicester are on a three-fixture losing streak in overall, and are on a five-match losing streak in the league. In fact, their latest match-up ended in a 5-2 loss on the road against Brighton.

By the looks of things, expect a victory for Tottenham this Saturday at their home.

Tips for Tottenham vs Leicester