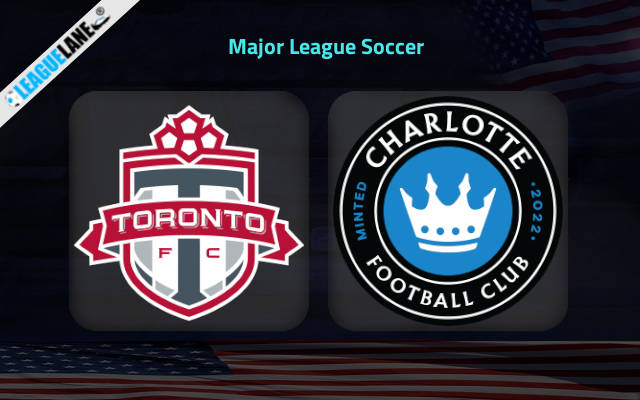 Toronto had a disappointing start to this season. They have bettered themselves then but failed to maintain it further. At present, they are having a disappointing form and are at the second spot from the bottom. They also possess a disappointing defensive line-up.

Meanwhile, Charlotte also had an average start to this season and have maintained the same further. They have won enough of MLS fixtures so far this season to occupy a spot near the safe zone. With a total of 26 points, they resides the 8th spot of the table.

We can see Toronto recording a 1-0 defeat against Montreal on the road in their most recent league fixture. With that defeat, they are having a winless run for five games in a row. They will be hoping to arrest that slump by sealing a positive outcome.

Their home run is not that dreadful of late. However, they follows a winless form of three league games here. On a positive note, three of the past six home outings were a positive outcome for them. Also, their offensive line-up have scored two or more goals in four of those six home outings.

On the other side, Charlotte recorded a 3-2 defeat on the road agianst Inter Miami in their most recent league fixture. It was their third defeat recording in the past five league fixtures. Such a run wont be helping them to climb up to the safe zone.

Charlotte is having a disappointing form on the road at present. They have only won once on the road since the beginning of this season. Their offensive and defensive line-up also looks displeasing while playing away from home.

Analyzing all the above stats, we are left to back Toronto to seal a win against this Charlotte outfit when they both meet in an MLS fixture on Sunday.