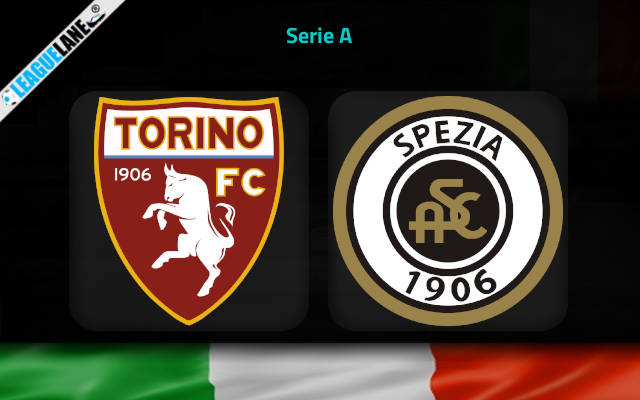 Torino and Spezia will take on each other on Sunday afternoon in Matchday No 18 of Italian Serie A at Stadio Olimpico Grande Torino.

This is the place were Il Toro have lost only two of eight league games this season, shipping no more than five goals in the process (7-5 goal difference).

The hosts will like their chances of improve such a record more after this game knowing they will enter the tie unbeaten in four successive league matches.

On top of this, Torino made a big upset on Wednesday evening by eliminating Serie A champions AC Milan from Coppa Italia.

Substitute Michel Adopo bagged the game-winner in the 114th minute for the team led by Ivan Juric. Torino are also undefeated in the last nine matches in all competitions if we count non-competitive mid-season exhibitions.

On another note, it is worth noting that Torino did only take two points from the previous two league matches against the likes of Verona and Salernitana (two separate 1-1 draws).

Spezia will also enter this match off the back of two successive draws. They are also undefeated in the last four Serie A outings.

However, the visitors are in a much more complicated position in the bottom half of the league table as they sit just one place above the relegation area.

This is mainly because of the horrendous form they have shown on travels, losing seven of eight away fixtures in this term.

Spezia have found goals very difficult to come by on travels this season. They scored no more than three times in eight away outings so far in the campaign.

Torino to win in a low-scoring contest thus has to be the way to go here, especially knowing that the hosts have been miles away from their best attacking form of late. We will take Torino to win & Under 2.5 goals FT pick at the 3.60 odds.