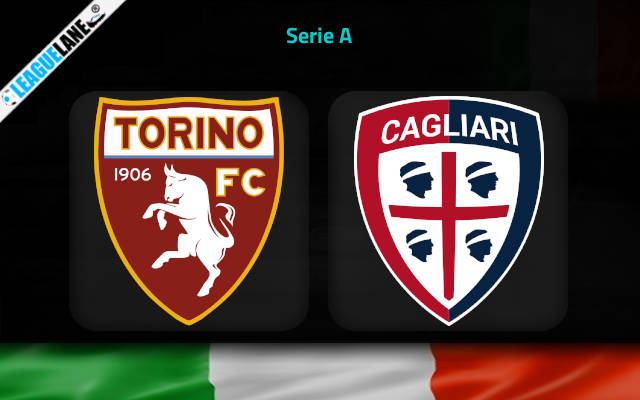 Torino and Cagliari held the likes of Juventus and Napoli to 1-1 draws last weekend in the previous Serie A Gameweek.

They are now set to lock horns with each other in the first match of Sunday’s Serie A program as Cagliiari travel north to play Torino at Stadio Olimpico Grande Torino.

The visitors are in a much greater need for points. They sit right on the brink of the relegation area, sharing the 18th place with Venezia who have a game in hand, though.

However, we have to say that Cagliari grew in form in the last several weeks, going unbeaten in four successive games in Serie A.

It is a very impressive streak if we know they’ve faced the likes of Fiorentina, Atalanta, Empoli, and Napoli along the way.

Three of these four outings ended with the same 1-1 scoreline. Head coach Walter Mazzarri can be thrilled with how his team’s back line looked in the matches during this run.

Torino have also been great defensively in a 1-1 draw to city rivals Juventus in the last Friday’s Derby della Mole at Allianz Stadium.

Nevertheless, it is worth mentioning that the hosts will go into this tie winless in four subsequent league affairs.

There is a lot to like about Cagliari’s chances of a result on Sunday morning in Turin. The visitors have really tightened things up defensively recently and will enter this tie on a high after a strong run of four straight matches without a defeat.

You can back Cagliari not to lose on Sunday at the attractive 2.20 odds. Remember, they left Turin unbeaten in the previous three visits for the matches against Torino. Also, the Under 2.5 goals FT pick looks great at the 1.90 odds since both outfits have been decent defensively of late.