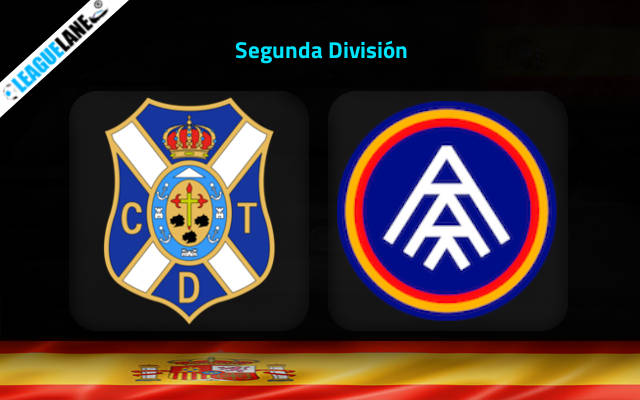 They will be hoping to continue the fine spell of form on Friday evening when top-half Andorra FC come to visit Estadio Heliodoro Rodriguez Lopez in the first game of Matchday No 21 in Segunda Division.

Head coach Luis Miguel Ramis was thrilled to see his men providing an excellent couple of offensive performances in the previous two matches.

Tenerife bagged two goals in each of the last two outings despite facing Alaves and Villarreal B in the process.

We fancy their chances of maintaining it here against Andorra FC who are a much more dangerous team when they play in front of their fans at Estadi Nacional.

Andorra FC will enter this tie in a completely different mood following back-to-back 1-0 defeats at the hands of FC Cartagena and Huesca, as well as a disappointing 1-1 home stalemate against Leganes.

The team led by Eder Sarabia do play tight defensive-minded football these days and it will be very interesting to see how their stern back line will cope with the in-form Tenerife attack on Friday night.

We should note that Andorra FC allowed only five shots in total in the last weekend’s clash against Leganes.

Tenerife will come into this tie in higher spirits. They have been playing very well in front of the home fans since the beginning of the season. A win here would help them break into the top half of the standings and we expect them to get one against the out-of-form Andorra FC side.

The value is huge with the Over pick here and we simply have to take Tenerife to win & Over 2.5 goals FT bet at the 4.50 odds. After all, the hosts have been flying high offensively of late.