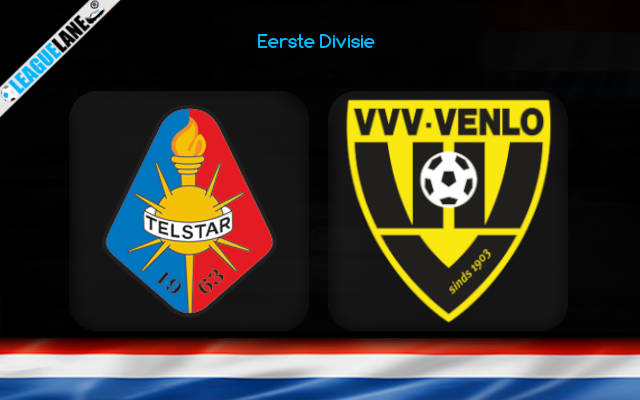 Telstar are winless in six straight league matches. They couldn’t even see off the likes of TOP Oss last week. VVV kept back-to-back clean sheets against two top-half sides, and we can only expect the continuation of their positive spell of form on Friday evening although the bookmakers see the hosts as favorites here.

VVV managed to take hug four points from the last two league games against the likes of Eindhoven and Roda JC.

They saw off Eindhoven 2-0 at home and held Roda JC to a goalless draw one road and will come into the 18th round clash against bottom-half rivals Telstar in the highest of spirits.

Telstar are certainly not the rivals VVV should be afraid of , especially after securing such results against much stronger opponents in the last two rounds.

Andries Jonker’s men scored only two goals in the last three league outings. They played a 1-1 draw away at penultimate-placed TOP Oss seven days ago.

Since VVV tightened things up defensively of late, we have more than enough reasons to back the visitors to keep their third consecutive clean sheet on Friday night at BUKO Stadion.

Also, Telstar won only one of eight league fixtures on the home patch this term.

Tips for Telstar vs VVV-Venlo