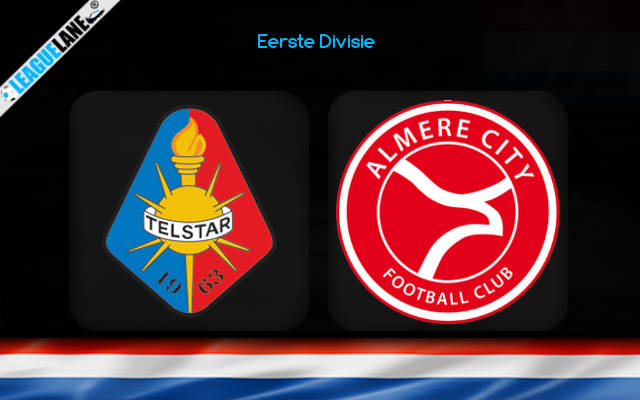 Telstar vs Almere City Predictions and Free Tips from our expert tipsters when the teams go head-to-head in Eerste Divisie on Friday, 27 January 2023.

Almere played well against De Graafschap and managed to win one point from that entertaining 2-2 draw. They are fourth in the league and will hope for a better result as they will clash with Telstar.

Telstar also have a similar story to share, they held Dordrecht to a goalless draw recently. Their strength lies in their home fixtures as they are unbeaten since September in their home matches this season.

The past record shows that, three of the last four head-to-head matches have ended in a stalemate between these two teams. Telstar won the September fixture of last year by a narrow one-goal margin.

Another interesting fact is that the host have not won this fixture at this ground since 2020 against this opposition.

Who will win the match between Telstar vs Almere City?

The previous history show that the visitors have won this fixture on numerous occasions. Now it is a different scenario, as Almere have won only one game this month. At the same time their last away win was back in December. Therefore, we can expect Telstar to take all three points from this game.

This fixture is a low-scoring one in recent times. In the last four meetings, the game ended with not more than two goals combined.

We can expect both teams to find the back of the net in this match as the previous head-to-head record shows that this trend was observed in four of the last six clashes.

Almere’s away form have troubled them this season, this is what Telstar will take advantage of. It has been more than two years, since the last time the visitors celebrated a win against this team. Therefore, our first tip is that Telstar will win this game– the odd for this tip will be at 2.75 odd.

Also, you can back on both teams to score– at 1.61. The main reason for this tip is that both teams have scored in the last two consecutive meetings at this ground.