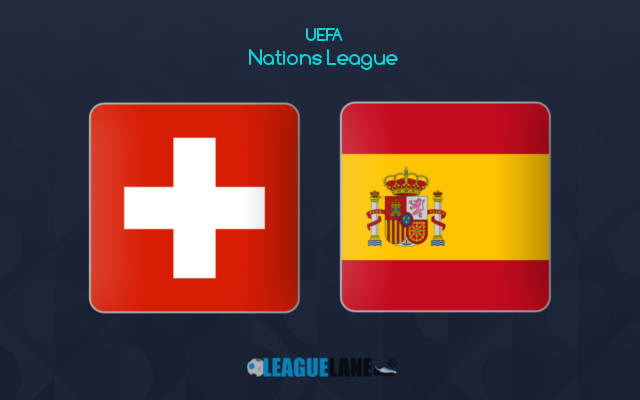 Both these teams have started their campaigns on very bad notes and now they have witnessed Portugal overtaking them to the top-most spot.

The Spaniards consider themselves contenders for the upcoming World Cup and this is really not the way they want to prepare themselves.

They have dropped points in both of their fixtures so far in the Nations League and if they proceed to do it one more time they could bid goodbye to their hopes of making it to the knockouts.

They were finalists in the previous edition of the tournament and were even leading with just minutes left in the fixture, before all hell broke loose.

By all means they want to add this trophy to their collection and will trust on their young blood to turn this stretch of performances around.

The Swiss are in even more deep trouble than the counterparts. They have a 100% losing record so far and they are also letting in goals in alarming fashion.

It also needs to be noted that these two teams had locked horns in the quarterfinal of the recently concluded Euro Cup, when Luis Enrique’s men progressed to the semis via penalties.

As such there’s also pride and ego to be settled between these 2 squads. Considering all the pressure they are under as well as these factors, expect goals to come from both teams this Thursday.

The Swiss lost 4-0 on the road the last match day against Portugal, and they are also 4-game with less run. Note that 3 of these were losses, and they had conceded 2 or more goals in 3 of these matches too.

On the other hand, the Spanish were held to draws in both of their Nations League fixtures so far and they have found it difficult to keep clean sheets consistently in recent fixtures. They also do not resemble the team that had made a deep run into the Euro Cup last year.

On top of that, majority of head-to-head clashes over the years have witnessed goals coming in plenty.

Taking into account these observations. expect a high-scoring affair this Thursday between the 2 teams.

Tips for Switzerland vs Spain