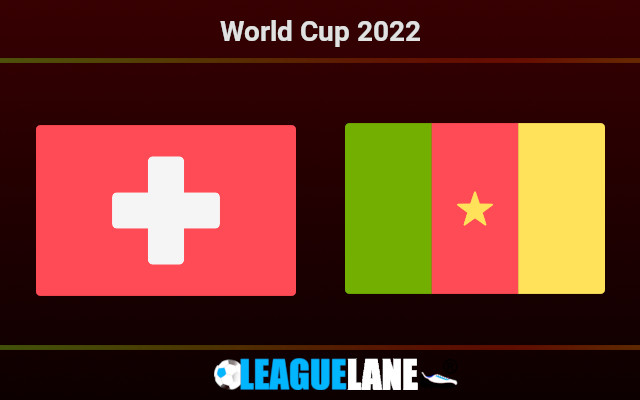 The Swiss and the Cameroon have one huge obstacle in their path to glory – and the name of that trouble is Brazil. They are pitted in the same group with first-ranked team in the world, and the two teams have no choice but to gun for a huge win in this first game itself.

The Swiss are obviously in high spirits, considering the manner in which they made it to the grandest stage of the game. They remained unbeaten throughout their qualification campaign in the UEFA region – and that too after they were included in the same group as that of reigning Euro champions Italy.

Not only did they score the most number of goals in the group, but they let in the least too – just two goals through the entire duration of the competition.

Their realistic target would be to finish second in the group below Brazil, and for that a win this Thursday is almost a necessity.

They of course have the confidence of having come from the UEFA region – note that the last four World Cups were lifted by European teams.

Cameroon are not here to just participate though. They too moved heaven and earth to make it here. And note that they had to go through the challenging and almost unfair African Qualifiers, where group winners were pitted against each other in playoff games, for tickets to Qatar.

This definitely has been a boon for whoever made it, as there is nothing better than a battle-hardened team.

However, recent form and experience tips the scales slightly toward the European contingent. They made it to the Round of 16 in the past two editions of the competition, while their counterparts could not even qualify to take part in Russia in 2018.

Expect a hard-fought win for Switzerland.

This is the first time these two teams are locking horns with each other.

The Swiss will be thrilled for the World Cup to start. They are in great form, and they hope that they can carry forward this momentum. Moreover, they will be thanking good heavens that they did not have to start against Brazil.

Coming to the point – Switzerland recorded three consecutive wins in their last three official games – and not just against any minnow. They laid waste to former world champions Spain, former Euro champions Portugal, and Czech Republic.

They can certainly take on comparatively less-talented Cameroon in this opener. The team hopes that this will set the pace for the remainder of this campaign. And it is important too, since they have the Brazil challenge coming up.

Meanwhile, Cameroon can certainly make it as tough as they want for their counterparts. But at the end of the day, history stands against them.

Not only has any African team ever lifted the World Cup, but not a single squad has gone past the Quarter Final stage too.

Expect a closely-fought, thrilling win for Switzerland this Thursday. They will be heavily counting on experience during the course of the next few weeks, and who better to lead the youngsters in the mix than Xherdan Shaqiri.

If anyone has to find the back of the net for the Swiss, count on the diminutive magician to make it happen.