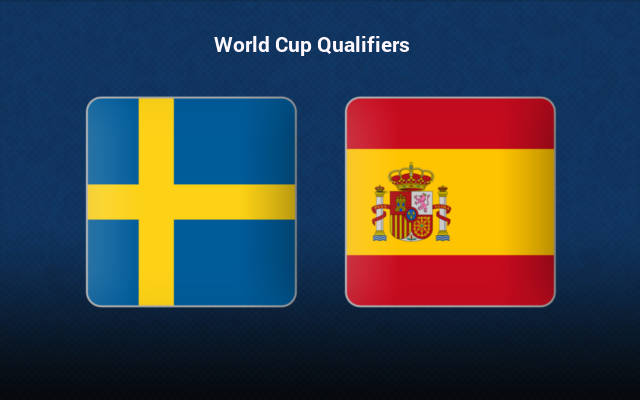 Sweden and Spain are set to battle it out in the derby of the fourth round in the European World Cup Qualifications on Thursday evening at Friends Arena.

Sweden will be looking to make things interesting in the battle for the top spot in the WC Qualifying Group B with a potential victory over leaders Spain on Thursday evening.

La Furia Roja hold the top of the group standings with seven points from three matches, but they have a game in hand on the second-placed Sweden who still have a perfect record with two wins in two.

The Spaniards slipped up at the very beginning of the qualifying campaign, drawing 1-1 at home to Greece. They bounced back with victories over Georgia and Kosovo.

However, it is interesting to mention that Luis Enrique’s troops are yet to keep a clean sheet in this qualifying campaign.

It is a poor stat if we know they’ve played the likes of Greece, Georgia, and Kosovo so far.

Spain did reveal defensive woes at the recently-finished European Championship where they conceded in each of the last three matches.

La Furia Roja were eventually stopped by latter champions Italy in the semifinal. Their group rivals Sweden finished the group phase above them only to suffer a surprising R16 elimination to Ukraine (1-2 after extra-time).

Having gone unbeaten in the last five meeting with Sweden, Spain are certainly favorites to snatch the spoils on Thursday. However, their vulnerable defensive line prevents us from backing the away win at the 1.66 odds.

Instead, we see a much better value in backing goals at both ends at the 2.00 odds. As for the outcome, the draw seems as the best option at the odds of 3.60 if we know that the Swedes are undefeated in the last seven World Cup qualifiers on the home patch.