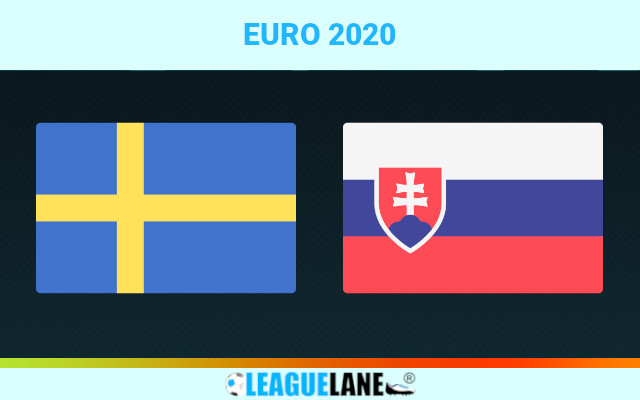 Slovakia recorded a surprise victory in their opener against Poland, and favorites Spain were held to a draw in their first game by Sweden. Thus, the two favorites have dropped points, and have increased the chances of the other two.

On top of that, Spain and Poland are pitted against each other this game week – which means at least one of the two will be dropping points again. This is quite honestly an incredible opportunity.

Slovakia are at the top of the table with three points, and if they are able to secure one more win this Friday, their progression to the knockouts would be almost certain.

Sweden are placed second with one point, and they have already avoided a loss in what was supposed to be their toughest fixture. A win this weekend will increase their chances of progression manifold.

Either squad will try for the win, and the expectation is that goals will come from both sides of the pitch this Friday.

Dejan Kulusevski, and Mattias Svanberg have tested negative for Covid-19, and will shortly rejoin the squad. This is obviously a confidence-boost for manager Janne Andersson, and the rest of the team.

However, it’s doubtful if they would be included in the starting eleven. The gaffer should stick with the squad that held the 2010 World Champions to a draw. And towards the end of the fixture, these two could be introduced to the field.

Ivan Schranz still remains the notable absentee from the Slovakian squad due to injury. Midfielder Lukas Haraslin, and defender Peter Pekarik ensured their place in the squad by noticeably tying down Robert Lewandowski in the opener.

Milan Skriniar too have won the gaffer’s praise with a wonder goal, as well as by proving to be a constant roadblock against Poland’s constant attacks.

Sweden are ranked higher by FIFA, and they also have a superb h2h record against this rival. In fact, they are unbeaten against Slovakia, and even registered a 6-0 win against them just a year back.

Note that the Swedes are also on a six-fixture unbeaten run, and have won five of these games. On top of that, they had held favorites Spain to a draw in their first match-up.

On the other hand, their counterparts have a total of three wins from their past fourteen fixtures, and they have won just thrice on the road since June of 2017. By the looks of things, expect Sweden to post another three points on the board this Friday.

However, Slovakia are high on confidence after beating Poland, who were expected to make a deep run in the competition. With their final game being against Spain, Slovakia will give their absolute best on the pitch this weekend.

They might not be able to record a win, but do take into account the fact that they have failed to find the back of the net in just four of their last nineteen games. Likely, the BTTS seems to be a promising option this Friday.