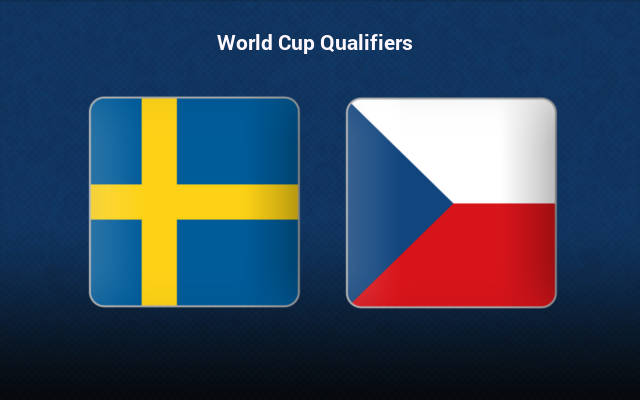 Despite being placed along with 2010 World Champions Spain in the same qualification group, the Swedes managed to deliver an inspirational campaign. And at the end of the First Round, they had secured a second-place finish, trailing just four points below the Spaniards.

And it needs to be mentioned that they had displayed top quality defense throughout the run.

Meanwhile, the Czechs are here due to their Nations League berth. They had a campaign to forget in the First Round. Apart from Belgium, all other teams were on par with them, or far below.

And still, they could manage to find a place just above minnows Estonia and Belarus. And as expected, their total four wins had come against these two teams.

By the looks of things, count on the Swedes to have the upper hand this Thursday, especially at their home.

The Swedes had won 11 of their past 16 overall fixtures, and in the process they had also gone on a four-match winning streak.

Importantly, they also have a 100% winning record at home since November of 2020, and they had slotted in two or more goals in their past six appearances at home.

On the other hand, the Czechs have struggled to keep clean sheets away from home in the past few years, and most importantly, they have fared quite poorly against this foe over the years.

Considering these observations, expect a win for Sweden this Thursday.

Tips for Sweden vs Czech Republic