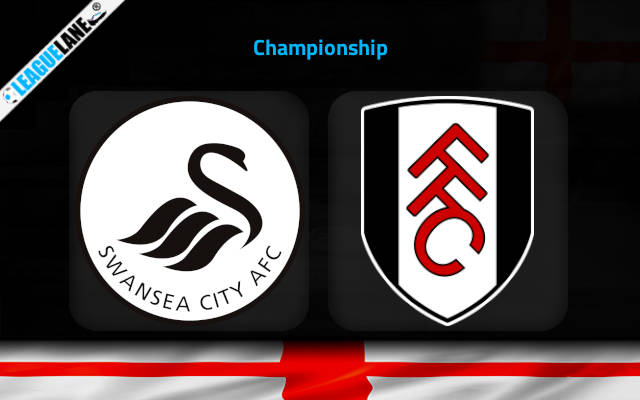 The Swans are on a win-loss sandwich run in the league recently and has been not at all consistent. They however won back to back league games at home and are a mid-table team. Fulham are leading the tournament with a 9-point lead from Bournemouth and they are the first in line to gain a promotion to Premier League. The two go h2h in the upcoming 26th Round of EFL Championship, scheduled at Swansea.com Stadium where the Cottagers will be visiting this Tuesday.

Fulham is at top flight in Championship with 70 points from 33 games. They won 21 times in the league while drawing on 7 and losing only five. They have scored 82 goals in total while conceding a sum of only 29 which shows how profound their defense and offense lineups are.

The visitors will go into this game after a 1-0 league win against Cardiff City in their previous match. In their previous 6 clashes, Fulham have bagged a sum of 9 goals while having not failed to score on each one of those occasions.

On the contrary, The Swans reside at the 16th position on the table with 41points. Of the 32 matches played, they won 11 games while drawing on 8 and losing on 13 other occasions.

The hosts had a 2-0 league victory over West Bromwich Albion, the previous week. A recurring characteristic of recent Swansea is seeing a zero in the scoreline. From their previous 6 matches, in 5 of them saw scoring only from one side.

Previous matches between the two has averaged 2.67 goals while BTTS has happened 44% of the time. From 2019, they met only thrice in the league, where the Swans failed to them on every occasion.

We feel that a win for Fulham is probable as they are exceptional on road, undefeated in 13 out of the 15 away games played this season. Also, Swansea are only average in front their home crowd.