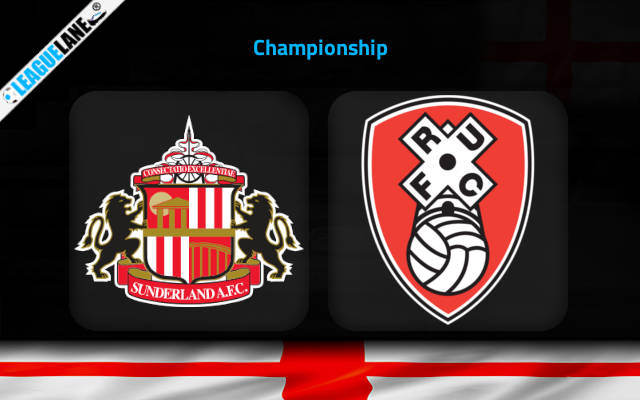 Sunderland host Rotherham in an exciting Championship program on Wednesday at Stadium of Light.

They are on a good stretch of performances lately. From the last 8 overall matches, the team has got three win and four draws. The host currently stands 13th on the table. Rotherham are yet to record a defeat upon returning to the Championship.

The Millers conceded only two goals in the previous four Championship outings. They will have a great chance to keep their strong spell of form going on Wednesday.

After recording a couple of unbeaten outcomes in the opening two fixtures, Sunderland had made it two consecutive winless games and won one after the set, displaying an improvement. But, they returned back to the losing track by conceding a goalless defeat against Norwich in the previous round.

The problem for Lads lies in their defensive line which allowed goals in four of the previous five overall fixtures.

The Black Cats are on a three-fixture winless streak at home and they had let in a total of four goals in the process. Do also note that they had leaked goals in their previous three head to head clashes with Rotherham at this stadium.

On the other side, Rotherham were unbeaten in 11 of their past 12 on the road games and in the process they had gone on separate four-fixture as well as two-game winning streaks.

Considering all these observations, we expect a both teams scoring affair at Stadium of Light with the visitors delivering a positive display or a draw.