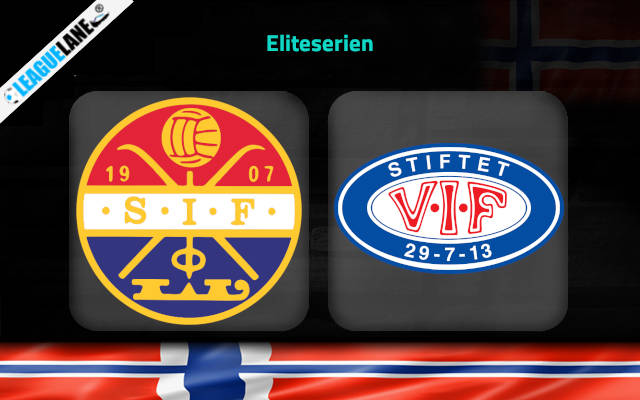 Stromsgodset has played well in their matches recently. With seven matches already played, the team has got three wins, one draw and three losses to their name. Their recent matches show the team being unbeaten in the last three matches, which has helped the team move up the table and secure a position in the upper half of the table. Currently, the team is fifth on the league table with ten points to their name.

Valerenga has brought in mixed results for the team. From the seven matches played, the team has got three wins, one draw and three losses. The team is winless in the last two matches and they hope to break the winless streak as well. Their current performance has placed the team sixth on the league table with ten points from their matches.

Valerenga played their last match against HamKam. Both teams scored one goal each, ending the match in a draw with 1-1 FT score.

Stromsgodset and Valerenga have got similar points in their matches and both teams will look for a win in this match to break the stalemate. Both teams have won in three of the last seven matches as well.

With the win in the last home match, Stromsgodset has ended a loss streak which lasted for two matches. The team even kept a clean sheet in the match as well. Valerenga has got similar results in their away matches. They have won in one and lost in the rest of the away matches.

Stromsgodset will hope to keep their unbeaten streak going. They have the better chance of securing win from the two teams. The host has kept clean sheets in the last three matches and can be expected to have similar results in this match as well.