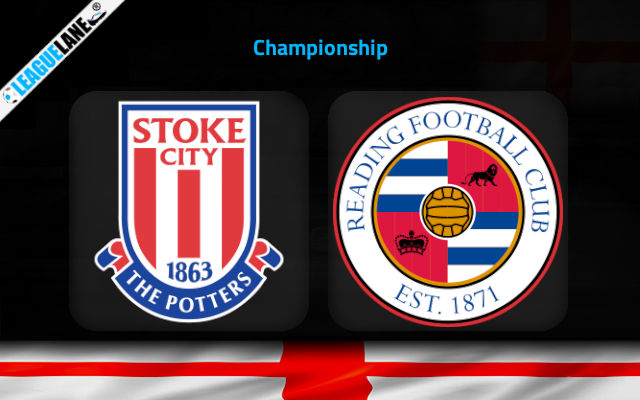 Bet365 Stadium will pit together Stoke and Reading in the opening match of the English Championship 2021/22 season. The teams will try their luck for the first points in the campaign on Saturday with both teams in equal chances to take something out of the game.

The host had one of their worst runs in the Championship during the last term campaign. The Potters broke their six-game winless run in the league with a win last time out. The 0-2 win on the road against Bournemouth helped the home team to finish in style.

The same goes for Reading also but four of their six winless games have ended in a draw. The visitor has only one win from their last 11 clashes in the schedule. They will visit on the back of a 2-2 draw at home with Huddersfield in the last league encounter.

In the recent three h2h meetings between the two sides, the goalless draw has been a regular result since 2019. There is a good chance that a similar scoreline might recur on Saturday.

The host suffers a four-game winless run in their home matches as of late. This will prevent them from creating more chances in the middle as the host.

Besides, Reading had a decent performance last season but they went on to ruin everything towards the end. The away team has been winless in the last six outings in the campaign.

Hence, the tip for no BTTS and a double chance favoring Stoke will probably yield decent returns for the punters in the encounter.