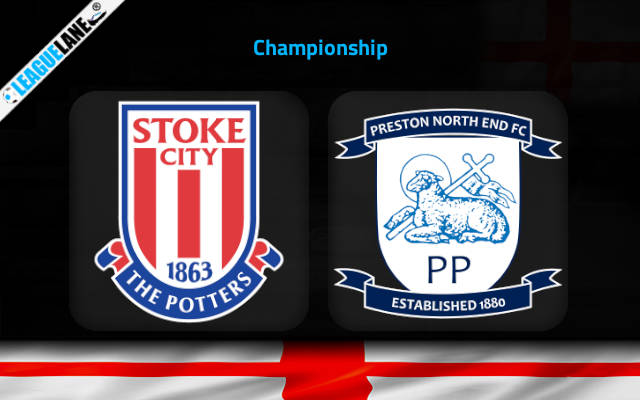 Stoke City lock horns with Preston North End on Monday in a massive fixture for both teams to sustain any chance of qualifying for play-offs.

The Potters are 8th in the table with 35 points and they are four points behind the sixth placed Huddersfield. Meantime, Preston are 15th in the table, a massive 7 points adrift of their Monday’s host.

Both teams are in mixed run of form, especially Stoke who lost 3 lost their last five games including the most recent home defeat to Derby County. Home form is even worse with the team failing to win in any of the latest three.

On the other hand, Preston managed to pull out a rare win with a late strike against Barnsley. This is only their second win in the space of six games.

Away from home, Preston managed to win just twice all season, however this happened inside the recent four.

The latest two meetings between the two sides are stalemates. This includes the 1-1 draw at Deepdale Stadium at the reverse of the corresponding fixture earlier this season.

Preston is unbeaten in the last three visits to this stadium with 2 wins and 1 draw. Moreover, they lost just 1 of the last 8 played here and there has been 5 draws during the period.

Also, six of the last 8 head-to-head fixtures at this ground recorded under 2.5 goals.

We will take both teams to score as the top pick for this championship fixture with the same being paid out in four of Preston’s last five games.

Along with that, we will take the full-time correct score 1-1 for high 6.00 odd. The ft draw has landed in 5 of their last 8 duels at this stadium.