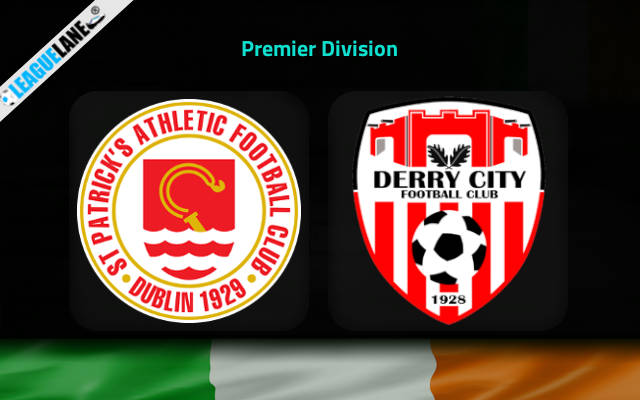 Two in-form teams namely St Patrick’s Athletic and Derry City will go head-to-head this week at Richmond Park. Both teams are in excellent form, as the season is approaching its end.

The host are on a five-game winning streak. In their most recent outing, they defeated Drogheda United by 2-0. Mark Doyle and Chris Forrester scored two goals with twenty minutes remaining.

Moreover, in that game the team were down to ten men after Anthony Breslin received a red card in the 23rd minute of the game. Yet, they still managed to register eight shots on target even after a player was sent off.

On the other hand, the visitors are showing consistency in the league. They are currently in the second position on the table. Also, they are on a four-game winning streak.

Most recently they defeated Slingo Rovers by 1-0. In that game, Will Patching scored the only goal in the fifteenth minute of the game.

Do also note that, the team led by Ruaidhrí Higgins have a lost only 13% of the games in the Premier Division this campaign.

Both teams will head into this fixture after winning four games in a row respectively. Therefore, the spectators can expect a tightly contested match.

Moreover, both these teams are separated by seven points on the table ranking.

Our first tip for this game is that Derry City will win this game- the odd for this tip will be at 2.40 odd. This is after considering that they have won three of the last four head-to-head matches against Tim Clancy’s side.

Moreover, the next tip is that Derry City will keep a clean sheet -the odd for this top will be at 3.25. The visitors have kept two consecutive clean sheets against St. Patrick’s Athletic.