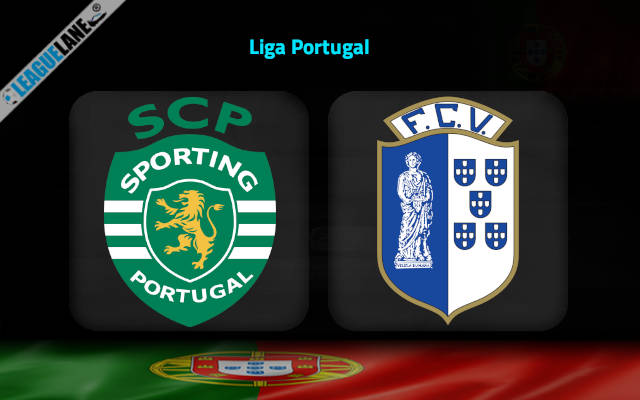 Sporting CP vs Vizela Predictions and Free Tips from our expert tipsters when the teams go head-to-head in Liga Portugal on Friday, 20 January 2023.

Sporting are one of the contenders to secure a podium finish this season in the Liga Portugal. They are currently facing a slight loss of form, and will be determined to get back into their groove as soon as they could.

Meanwhile, Vizela have been fairly inconsistent throughout the campaign, and they have been one of the weakest teams on the road. In fact, they won just twice on the road in the last five months, and one of these wins came against the dead-last placed Pacos Ferreira.

Sporting have a 100% winning record against this opponent. In fact, after 2014, every single one of their h2h wins came with a clean sheet too.

Note that they scored ten goals from the past four clashes as well.

Who will win the match between Sporting CP and Vizela?

Sporting won seven of their past nine fixtures, and they are on a five-game winning streak at home too. On the other hand, Vizela have a 100% losing record against this opponent, and they managed to win just twice on the road since August of 2022.

Surely expect Sporting to have the upper hand this weekend at their home.

Sporting scored twice or more in every single h2h meeting the past decade, and they even scored 22 goals from their past five appearances at home combined. On top of that, Vizela conceded two or more goals in five of their past seven road trips.

Sporting have a combined scorecard of 22-0 from their last five home games, and they have not conceded a single goal against this rival in the last nine years.

Chances are low for the visitors to break the streak and find the back of the net this game week.

Likely, a -1.5 Asian Handicap on Sporting at an odd of 1.90 seems to be the choice to be made this weekend.

And on that same note, anticipate goals in huge numbers. Sporting have always been a great offensive team, and the numbers they are producing this season is just phenomenal. And to make matters worse, Vizela have a poor defensive record on the road lately.