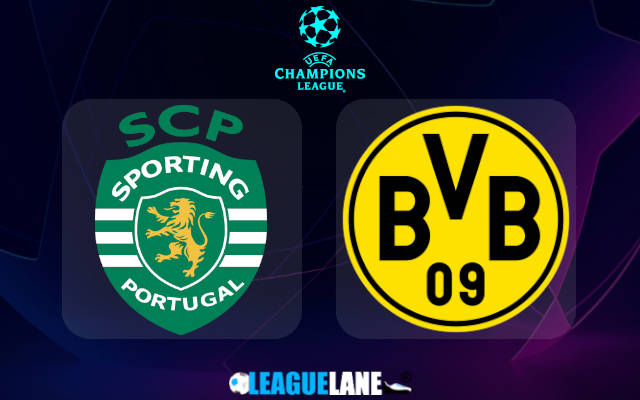 Sporting Lisbon will enter this game in much higher spirits after winning nine consecutive games in all competitions. Two of these nine matches were in the Champions League where the Portuguese champions saw off Besiktas both home and away. We believe they have what it takes to see off Haaland-less Borussia Dortmund here.

The knockout phase of the UEFA Champions League will be at stake on Wednesday evening when Sporting Lisbon take on Borussia Dortmund in the fifth round of the group stage.

The teams are lock on points at the second place of the Group C standings with just two games left to play.

Ajax are untouchable at the top of the standings (six points away with a better head to head record against both outfits).

Borussia Dortmund are in a better position because they could use a draw here. They have won the reverse fixture against the Portuguese side 1-0 at Signal-Iduna-Park.

Nevertheless, Borussia Dortmund will not come into this match in the highest of spirits. They have lost two of the last three games across competitions.

Marco Rose’s men continued to be easy to break down as they conceded six goals in the last three fixtures.

They have kept their net untouched just once in twelve Bundesliga games this season. Moving forward, they allowed seven goals in the back-to-back defeats to Ajax in the last two Champions League affairs.