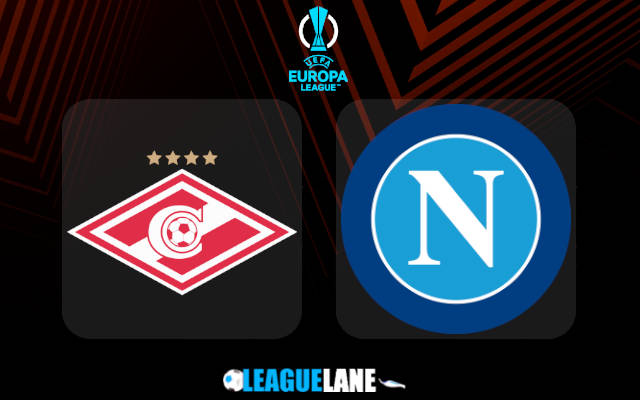 As we enter the penultimate fixtures in the Europa League, the situation in Group C could not have been any tighter as just a point separates each team from their foes both above and below them in the table.

This means with just 3 points separating the teams on the opposite ends of the table, each and every point and even goal difference should come into play to determine the entrants into the knockout rounds.

Napoli will travel to Moscow as they take on Spartak Moscow at the Stadion Spartak this Wednesday afternoon. Read our Preview, Predictions, and Betting Tips with Analysis here.

Gli Azzurri are currently on top of Serie A, a position they have occupied for most of the season. They were undefeated in the league with 10 wins and 2 draws but were handed their first loss of the season this weekend by Inter Milan away from home. They are level on points with AC Milan only ahead on goal difference.

After a 2-2 draw in England against Leicester City in their opening fixture of the competition they lost against this opponent at home. The club has since won by 3 goals against Warsaw in home and away games. This record puts them top of the table with 7 points. They will go into the fixture this Wednesday knowing a win will put them through to the final 16 of the tournament.

Red-and-Whites on the other hand despite being the most successful club in Russia have not had their hands on any silverware since 2017. Things are not looking to change anytime soon in terms of the Russian Premier League as they are sitting 10th in the table, just 4 points clear of the relegation zone.

Apart from their brilliant win at the Stadio Diego Armando Maradona, they have managed to hold Leicester to a 1-1 draw on the road. Losing their other 2 fixtures, they are bottom of the league with 4 points.

Napoli will go into the match as the bookies’ favourites; however, they have failed to secure the lead at the end of the first half in any of their preceding 5 away games across all competitions.

Following the result in their previous encounter and such a record for the visitors in the first half, I do not see the hosts being dominated in the first half and hence have backed them for that period with an Asian handicap.

Both teams have had no issues finding the back of the net both in this competition and the league. With a rather questionable display in defence from both teams in the UEL, expect both teams to contribute to 3 or more goals.