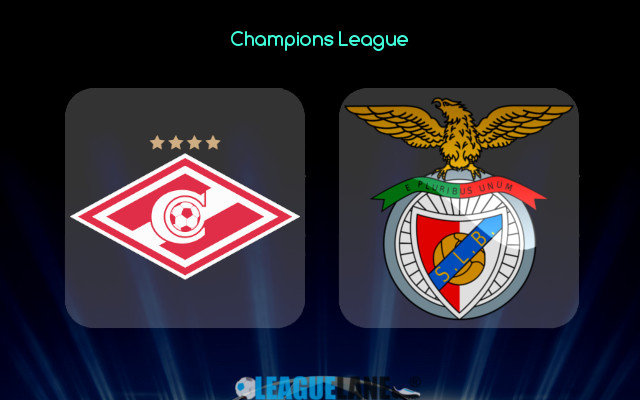 Benfica will begin the new season on Wednesday evening when they travel to Russian capital to lock horns with Spartak Moscow in the first leg of their UEFA Champions League third round qualifier.

Benfica had an extremely disappointing run in the previous term of the Primeira Liga. They finished the season in third place, sitting behind Sporting Lisbon and Porto.

We should thus not be surprised to see their activities during the summer transfer window.

Jorge Jesus did a little bit of a rebuild, signing the likes of Roman Yaremchuk, Joao Mario, and Soualinho Meite. The team grabbed respectable fees from selling Franco Cervi, Pedrinho, and Nuno Tavares at the same time.

Benfica enjoyed an unbeaten thread in the pre-season, beating Casa Pia, Almeira, and Lille before playing a 1-1 draw to Olympique Marseille in their very last check before the official start to the season.

Spartak Moscow, who finished the previous Russian Premier League campaign as runners-up, have already been in competitive action last month.

They began the season with a disappointing 1-0 loss at Rubin Kazan, but managed to bounce back in the second round, beating Krylya Sovetov on the road with the same scoreline.

The lack of proper match fitness may be a big issue for Benfica here. They suffered a shocking elimination to Greek PAOK at this very stage of the competition last time out and we would not be shocked to see them getting off to a wrong-footed start in Moscow.

The stakes can hardly be higher for both teams. We expect both managers to take a more careful approach and we don’t quite have too many reasons to believe in a goal fest or a game packed with goal-scoring opportunities on Wednesday. The Under 2.5 goals FT is thus the best betting option here and you can back it at the odds of 1.80. Braver tipsters can shoot for the draw at the sky-high 3.40 odds.