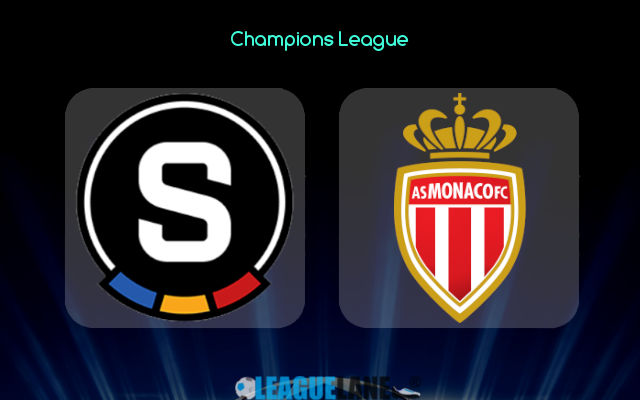 An exciting contest in on prospects when Sparta Prague take on Monaco in the first leg of Champions League qualifying fixture on Tuesday.

Sparta came back from behind to beat Rapid Wien in the previous round of the competition and will start the second leg with better confidence and match sharpness than their opponents.

The first leg of that corresponding fixture in Vienna ended up in a 1-2 defeat, but Sparta gave their opponents very little in the reverse leg at the Generali Arena and completed the come back inside 90 minutes with a 2-0 win.

They are also 2 games into the Czech league and started with wins scoring 8 goals while conceding 2.

Monaco returns to Champions League since 2018 and they had a horrible run in both 2016/17 and 2017/18 group stage campaigns. They failed to win any game during the period, losing 9 of those 12 games.

The Monegasques went through some turbulent times since their last appearance at the Champions League until Nico Kovac stabilized the fleet last season. The 2020/21 Ligue 1 season was nothing but spectacular as they finished third behind PSG and Lille.

Monaco warmed up for their competitive season with friendlies against some good teams and ended up with a record of 3 wins, 1 draw and 1 loss. Four of those games saw both teams scoring and over 2.5 goals.

Monaco and Sparta Prague are meeting for the first time in a competitive fixture.

Monaco is the better team on paper but we cannot underestimate Sparta by any means. The Czechs came back strongly in the home fixture against Rapid Wien after a few sloppy moments in the first leg. Their domestic form is good as well and they come with slightly better match sharpness than their mighty visitors.

All these tiny stats and facts leads to an exciting match in prospects and goals are on offer especially when looking at how Kovac transformed Monaco to an attacking powerhouse. They will have some of the lethal strikers upfront, however the result depends on how their defense cope with the disciplined hosts.