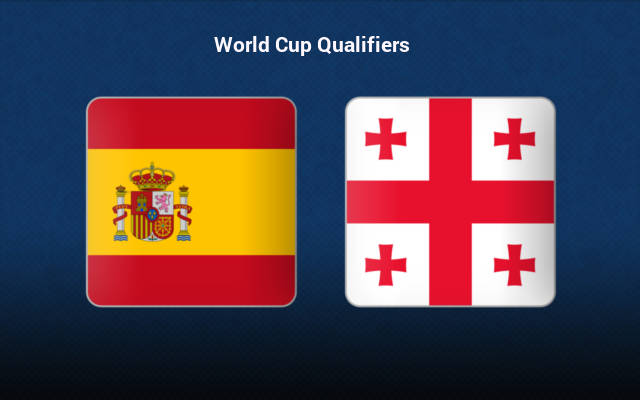 The Spaniards are one of the best teams in the world, and easily the best in Group B. Meanwhile, Georgia are the worst of the lot, and expectedly are placed dead last in the table. Surely expect a win for Spain this Sunday.

They are ranked seventh in the world, while their opposite number are placed 91st in the list. Going on, they were the champions of the 2010 edition of the World Cup, and they have once again assembled a world-beating squad – with a competent manager at the helm.

They have scored the most number of goals of all the teams in the group, and are placed second. As of now, they are trailing two points below the first-placed Sweden.

Since only top-most team in a group get a direct ticket to Qatar, the Spaniards are determined to become group champions, and usurp Sweden.

By all means, they are about to deliver a compelling win against the dead-last placed Georgia, and in the process, they will try to improve their goal difference as well.

The Spaniards lost 2-1 on the road the last match-day, against Sweden. In the meantime, Georgia lost 0-1 at home against Kosovo.

On the other hand, their counterparts are fresh off a semi-final appearance in Euro 2020, and are also determined to go after the 2022 world title.

By all means, expect them to deliver a huge win this weekend, in an attempt to climb to the top of the group.