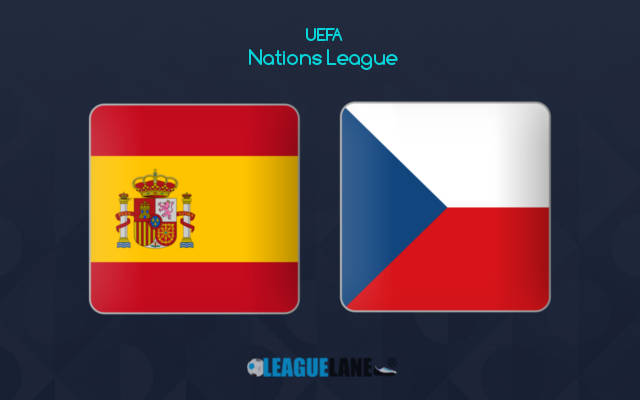 The Spaniards have started their Nations League campaign on a dull note, and they are yet to find their first win in the competition. It is kind of unexpected for a team that just had taken part in the final of the previous edition of the tournament.

But all is not lost yet. They can still turn around their campaign. They however will have to be at their absolute best in the remainder of the fixtures.

They do have the calibre and the experience in order to do that and most importantly they have to be prepared for the upcoming World Cup where they consider themselves a huge contender.

Moreover, they also will be disappointed after missing out on the recently-concluded Euro Cup as well, where they had delivered a superb performance in the semi-finals against eventual champions in Italy.

Be that as it may, Czech Republic will have objectives of their own this Sunday. They had a superb showing in the 2020 Euro Cup and are eager to prove their mettle in the international stage.

They also have the confidence of locking horns with the same opponent just a week back in the same tournament. Then spoils were shared with either team having found the back of the net 2 times apiece.

With a ticket to the semi-finals of the tournament at stake expect either team to come out with guns blazing. Chances are high for goals to come from both ends of the pitch.

The Spaniards were unbeaten in 9 of their past 10 overall fixtures, and their only defeat during this stretch had come against reigning world champions France. It also needs to be mentioned that they had won 7 of their past 10 matches as well.

They have also been an amazing performer in front of their home crowd for the better part of the last decade.

On the other hand, the Czech Republic have lost just once since their Euro Cup campaign and this only defeat had come against Belgium. All through this run of fixtures they had found the back of the net at an amazing rate.

Considering these observations as well as the reverse fixture between the two teams, expect a high-scoring affair this Sunday as well.

Tips for Spain vs Czech Republic