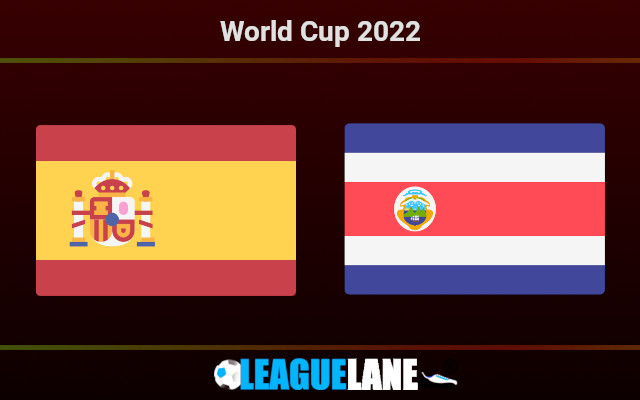 The Spaniards are high on confidence after making it to the semifinals of the Nations League, and that too in dramatic fashion. They will have to be wary about the presence of Germany in their same group, and as such they are right away under pressure to start with a win over Costa Rica.

Luis Enrique’s men defeated former Euro champions Portugal with a 0-1 win, and that too on the road, to secure a first-place finish in their group in the Nations League. Thus they qualified for the knockouts of the competition, which will take place in mid-2023.

It is important to be noted that all the Portuguese needed was a draw at home, in order to become toppers, and they were unable to hold off the pressure exerted by the Spanish armada.

Going on, the fact that four-time world champs Germany is in the same group is something to be taken seriously. But at the same time, Enrique’s men have a phenomenal record against Die Mannschaft in recent clashes. The 6-0 thrashing just an year before is a great example.

Likely, La Roja are aiming for nothing but a first-place finish in the group. Many a times in recent past, they fell agonizingly short of glory.

They finally feel that their time has come. They are due a success this time around. Their energetic young core has come of age, and have the experience to deal with the pressure.

And most importantly, they have a superb h2h record against the Costa Ricans over the years. Surely expect a convincing win for Spain this Wednesday at the Al Thumama.

The 2010 World Champions are determined to go all the way more than a decade after their golden run. They will make it a priority to start with an emphatic win, as they still remember how they started their 2014 campaign in disastrous fashion as defending champions.

They are in great form, and also have the necessary momentum going on for them to take on the rather inexperienced Costa Ricans.

Moreover, Costa Rica have a glaring weakness they need to be worried about. It’s been some time since they locked horns with a decent team, let alone former world champions like Spain. They are going to be like deer in front of headlights once the ref blows the whistle this Wednesday at the Thumama.

On top of that they have an embarrassing h2h record against this rival over the years.

Surely expect a dominant win for Spain in their opener.

Furthermore, Enrique will be counting on his trump card a lot throughout this campaign. Barcelona’s newest number 10 has been raising roofs with his immaculate finishing, and this is finally Ansu Fati’s chance to cement his status as one of the best in the world.

Count on the Spanish youngster to bring his golden scoring boots for this game.