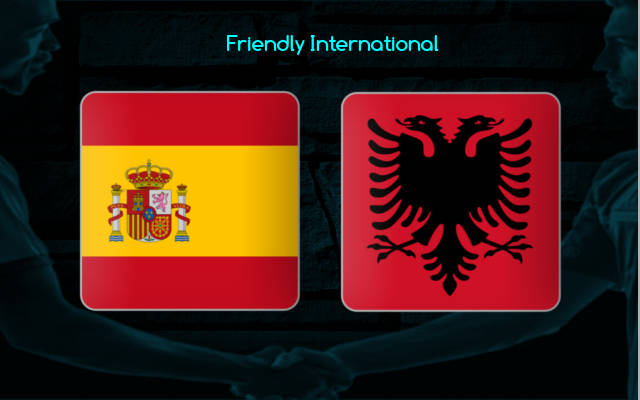 Spain managed to avoid complications in the final set of World Cup Qualification fixtures as back-to-back 1-0 wins over Greece and Sweden sent them directly to the World Cup in Qatar 2022.

The Spaniards have finished their qualifying campaign with six wins, one draw, and one defeat in eight outings, shipping only five goals along the way.

They will now face Albania and Iceland in the maiden two fixtures in 2022, aiming to boost up the confidence ahead of the start of the new UEFA Nations League campaign in June and, more importantly, World Cup in late-November.

The team led by Luis Enrique will be heavy favorites to pick up easy wins in the following two outings.

The first one is scheduled for Saturday evening when they play host to Albania at RCDE Stadium in Cornella de Llobregat (Espanyol’s venue).

The Albanians had a strong WC Qualification run but at the end came short, finishing Group I in third place, just two points below runners-up Poland.

Albania were in genuine contention for the second-place finish, but back-to-back defeats to Poland (0-1 at home) and England (5-0 on the road) eliminated them from the race.

Italian manager Edoardo Raja can be more than satisfied with how his team’s back line performed throughout the entire campaign despite a very tough group that also includes Hungary, with the exception of the aforementioned tough loss to England.

Can the Albanians show their defensive prowess against mighty Spain on the road?

Spain are huge favorites but we don’t believe they will demolish the Albanians who have been very tough to break down throughout most of their qualifying campaign.

Albania have some high-profile Serie A defenders in their ranks and we expect them to give Spain a game here. The Under 2.5 goals FT is the main pick at the 2.05 odds, while you can also back the visitors not to lose by two or more goals difference at the odds of 2.40.