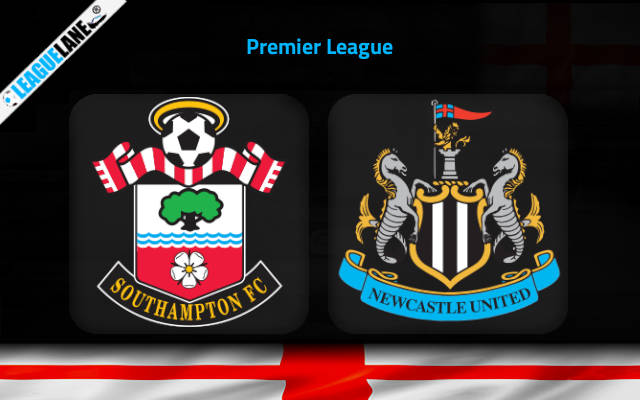 Newcastle are currently fourth in the table after losing only once since the beginning of the season. They have improves their form from consistently recording draws in the start. The 13 points they bagged from the previous five encounters is a proof of that.

The Magpies have the best defensive line in the league. They have conceded just 10 goals in 13 games played so far in the season. Do also note that they have faced top English teams like Liverpool, Tottenham and United in their previous rounds.

It is worth mentioning about their offensive side. Although they don’t have the kind of attack like that of City and Arsenal, they have an firepower capable of scoring enough of goals. It can be said that their attacking side are also in-form as they scored 11 goals in the last five games.

Southampton currently have no capability to beat a team with such a form. Their position in the table is more than enough to understand that. They are currently on the edge of the relegation zone. Despite staying out of the danger zone by just one point, a defeat in this game could spell dire for them.

Going on, they suffered a 1-0 defeat in the last game against the 10th place Crystal Palace. Apart from that, they have not been able to win in the last three games even at their safe turf.

By the looks of things, expect a victory for the visiting side Newcastle on Sunday at St. Mary’s Stadium.

Newcastle scored six goals in the previous three away fixtures. Their goal scoring average this season is also close to two.

Additionally, the same trend has been seen in recent encounters between these two. We therefore expect Newcastle to win by a 0-2 margin.