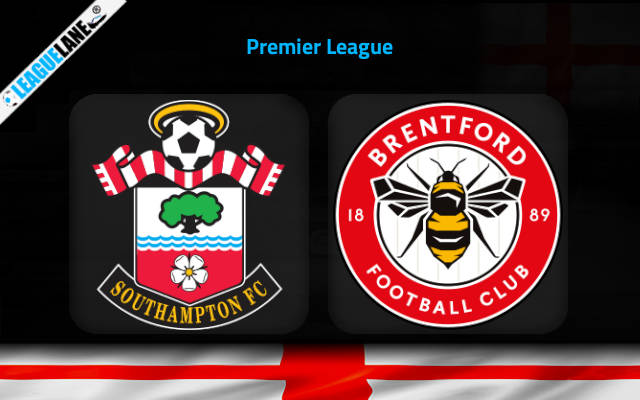 Brentford might be a team that were promoted to the top flight the season before but they show that just how determined they are to establish themselves as one of the titans in the Premier League.

They delivered some truly impressive performances in the current edition of the English league and some of these results include a 4-2 win against Manchester United, a 5-2 win against Leeds, and a 2-2 draw against Leicester as well.

They were trailing just ten points below the European cut off in the league table the last season and this time around they will be the determined to deliver a better attempt for securing a ticket to one of the European competitions.

Their confidence from having secured promotion from the tough Championship will also be a major advantage for them going on.

Southampton settled for a 15th place finish the last season in the English top flight and they had a surplus of just five points over the relegation cut off at the end of the campaign.

They are also letting in goals and huge numbers lately and particularly so in front of their home crowd. They have a poor head-to-head record against this rival as well over the years.

By the looks of things expect a victory for Brentford this Saturday on the road.

Brentford were unbeaten in their previous ten overall fixtures and, they went on a three-game winning stretch. They also scored two or more goals in five of their past seven clashes.

Considering these observations and their head-to-head dominance in recent meetings, expect a victory for Brentford this weekend. However, Southampton are desperate to put an end to their struggles, and they might adapt a risky strategy to find a much-needed win.

While chances of them securing a win is very low, it is expected that they will find the back of the net at least once.

Tips for Southampton vs Brentford