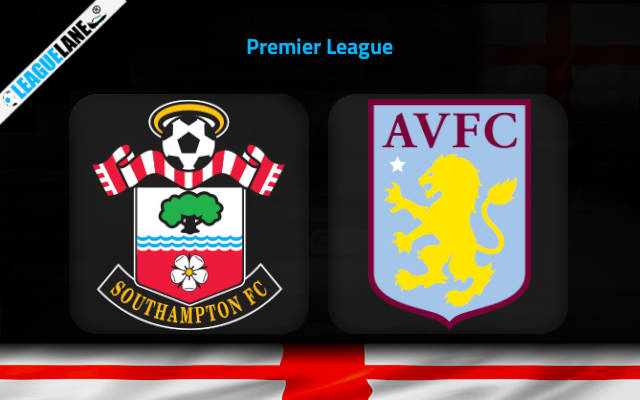 Southampton vs Aston Villa Predictions and Free Tips from our expert tipsters when the teams go head-to-head in English Premier League on Saturday, 21 January 2023.

Southampton are by consensus the worst team in the English top flight at the moment. They are placed bottom-most in the table at the moment, and are on a long losing streak.

Meanwhile, Aston Villa have been on a mission to climb into the top half of the table. They are on a great streak of performances at the moment. In fact, after October, their only defeat in the league came against Liverpool.

Villa have certainly been the better team in h2h clashes in recent years. They have a 100% winning record in the past two years, and have a combined scorecard of 5-0 from the past two meetings.

Moreover, they let in a single goal into their nets in h2h encounters in the past three years.

Who will win the match between Southampton and Aston Villa?

Aston Villa are in great form at the moment – and particularly so since the season resumed. Meanwhile, Southampton managed to win just once in the league in the last three months, and this sole victory came against the 19th placed Everton.

Moreover, they have a worrying h2h record against this opponent in recent years, and all of this point towards Aston Villa emerging victorious this weekend.

Southampton have let in the most number of goals in the English top flight this season – barring Bournemouth. They also conceded five goals from the last two h2h clashes.

The in-form Villa will surely test the struggling defense of the hosts, and as such, goals are expected in plenty.

Southampton are placed 20th in a table of 20, and in the last three months, their only league win came against the team placed 19th in the table.

Meanwhile, their counterparts for the day are in great form. In fact, in the last three months, their only defeat in the league came against former champions Liverpool.

And with them having a superb h2h record in the last two years as well – they are expected to secure the three points this Saturday. Likely, Aston Villa to Win at an odd of 2.50 is the optimal bet for the weekend.

And on that same note, count on them to find the back of the net at least twice against one of the worst defenses in the PL. After all, they scored five goals from the last two h2h clashes alone.