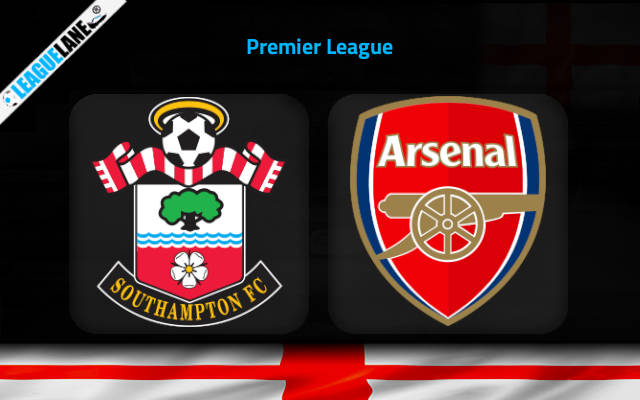 The Gunners were on a superb streak of performances just two weeks back, and were the favorites to secure the fourth position at the end of the campaign. And for a team that had missed out on Champions League for quite long, it was a massive confidence boost.

However, they have now entered a period of poor results, and have once again become desperate. They are placed in the fifth position at the moment, trailing three points below the fourth-placed Tottenham, who happen to be in unbelievable form.

Be that as it may, Mikel Arteta’s men have a game in hand, and they hope to cash in on it.

This weekend, they are pitted against the struggling Southampton. In fact, based on recent form, the Saints could be termed as the absolute worst team in the English top flight at present.

They are on a long winless run, and most of these fixtures had ended in losses. They are also conceding goals in huge numbers, and even so at home.

For the reasons, expect the determined and desperate Arsenal to register a much-needed win this Saturday at the St. Mary’s Stadium.

Southampton lost 0-6 at home the last match-day, against Chelsea. They had also lost five of their past six overall fixtures, and they had conceded two or more goals in five of these games.

Note that they are also on a four-game losing streak at home, and had let in a total of 14 goals in the process.

On the other hand, Arsenal did lose 1-2 at home the past game week, against Brighton. But they had won six of their past nine overall fixtures, and they had also won three of their last four road trips.

Taking into account these observations, and past h2h stats, expect a win for Arteta’s men this weekend.

Tips for Southampton vs Arsenal