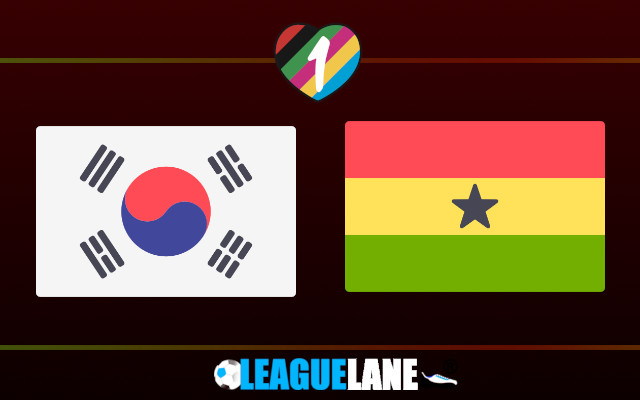 Ghana did put up a brave fight in their opener, but they were not able to see it through. The lowest-ranked team in the competition now find themselves aptly at the end of their group table. And the Koreans will be eager to make the most of this opportunity.

They played out a thrilling draw against Latin American icons, Uruguay. Despite either team creating a lot of attacking threats throughout the ninety minutes, the score remained 0-0 at the end.

Likely, they are placed third in the table at the moment, with a single point against their name. And in the other fixture in the group, the Portuguese lock horns with Uruguay. At least one of the two will drop points, and this is a great opportunity for the Korean Republic.

Should they be able to secure a win this Monday, their chances of making it to the knockouts increases manifold.

The Korans are after all in great form, and especially so their defense. In fact, they kept clean sheets in their last three fixtures in a row, and they lost just against three teams since March of 2021. Do note that one of these three squads was – Brazil.

Meanwhile, Ghana will be low in confidence. They fought well till the end in their opening game against Portugal, and it seemed like the match was heading to a draw.

However, towards the end of the match-up, the 2016 Euro champions found three goals. The African squad did slot in two goals of their own, but they were unable to find an equalizer before the final whistle.

As things stand, Ghana are under huge pressure, while Koreans will be in good spirits after holding off the Uruguayan onslaught for ninety minutes.

By the looks of things, expect a win for South Korea this Monday.

It has been a rather silent World Cup so far for African teams. In fact, apart from Ghana, none of the other squads even scored a goal till now in the whole tournament.

The Black Stars are under huge pressure, after they lost 3-2 against Portugal. They need to make sure they secure a win at any cost this Monday – and that too against an in-form Korea.

South Korea are on an unbeaten run, and this momentum will surely help them out this game week at the Education City Stadium.

They have a superb defense to count on, and will be ready to face the pressure exerted by the desperate Ghana. And the offense spear-headed by the experienced Son Min-Heung will be immensely valuable, as they look to take advantage of the spaces left by their desperate counterparts.

Expect a hard-fought win by South Korea at the Education City.