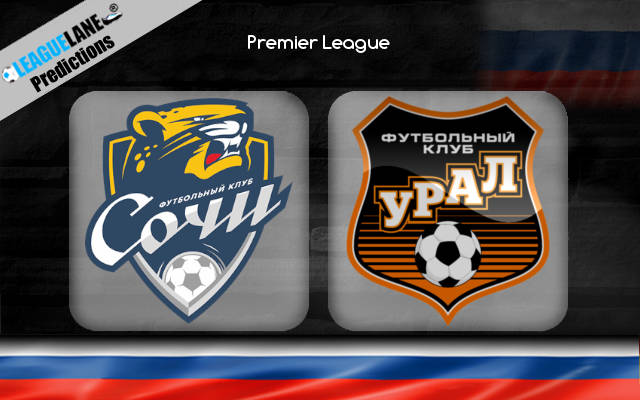 PFC Sochi was not off to a great start in the league but they have made a quick comeback in the Russian Premier League. The Leopards will lock horns with FC Ural in the third round of the campaign this term on Monday at Fisht Olympic Stadium.

The host opened the new edition of RPL with a loss in 2021. But their second game saw them win all three points with ease. They will return home after that 1-2 win on the road against Akhmat Grozny last time out. After two consecutive trips, returning home will be a comfort for the Leopards.

On the other hand, Ural stays winless in the league after two rounds in the schedule. The visitor has a loss and a draw in their record in the RPL. They will visit on the back of a 1-1 draw at home with Nizhny Novgorod.

Sochi will come into the game on the back of an away win in their league schedule. The host enjoys the ground advantage and has been unbeaten in their recent four home matches across all major contests.

Meanwhile, Ural has been winless in the first two fixtures and scored just a goal. Even so, the Orange and Black have conceded four goals in the two attempts.

So, there is a good chance for a high-scoring affair in ninety minutes. Besides, the home win in full-time will probably be the best bet in the encounter.