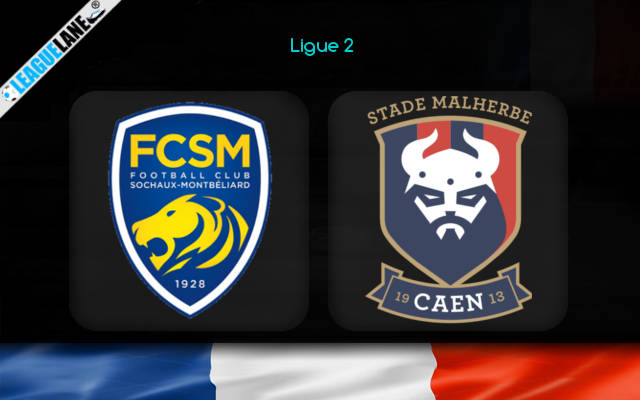 Sochaux vs Caen Predictions and Free Tips from our expert tipsters when the teams go head-to-head in Ligue 2 on Friday, 20 January 2023.

Caen have one of the worst away forms in the league this season as they have not won an away game since July. In the last two months, they have struggled in the league and as a result, they dropped down to the ninth position.

At the same time, Sochaux narrowly lost to Le Havre last time. They are fourth in the league and have one of the best forms at home. Against Caen, they have an excellent record as well.

The host are on a four-game winning streak against this team. Both teams last met back in January 2022 and the game ended in a 3-2 victory for Sochaux. Another interesting fact to note is that it has been more than a decade since the last time Caen won this fixture.

Who will win the match between Sochaux and Caen?

The host are clear favourites to win this game. The main reason is that they have a good history against Caen. Moreover, they are unbeaten in the last eight head-to-head matches.

In three of the last four encounters, the game ended with more than two goals being scored combined. This new trend started in 2020.

The chances are high that both teams will score in this fixture. As both teams have scored in the last two consecutive head-to-head matches. Also the last meeting at Stade Auguste Bonal ended in a 3-2 score line.

The host are fourth in the league and have a good winning record at Stade Auguste Bonal against this team. Do note that the visitors have not won a game since October. Caen have performed well in Coupe de France matches however, in the league they are not winning consistently. Therefore, the first tip is that Sochaux will win this game– the odd for this tip will be at 2.40 odd.

Moving on, our second tip for this game is that Both teams to score– at 1.90. Both teams have scored eight goals in the last two matches combined.