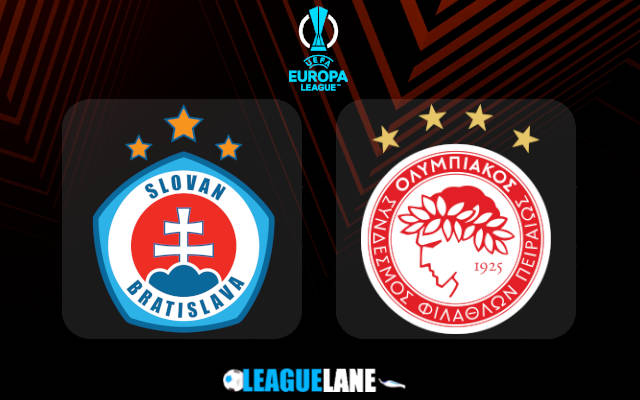 Both Slovan Bratislava and Olympiakos are the champions of their respective league competitions and they had won these titles after a regular season as well as a subsequent playoff tournament.

As such, it goes without saying that the two squads are well-versed in dealing with pressure and the first leg performance was also a proof for this.

As these 2 teams lock horns for the first leg of this tie, spoils were shared with a 1-1 draw. Which means tension and nerves are still at a high between the 2 squads and we can expect a fierce encounter this Thursday.

Going on, it needs to be mentioned that the 2 teams have been letting in goals in huge numbers in the past several match-days. But at the same time, they have been findng the back of the net regularly as well.

Moreover, majority of their head-to-head clashes also have had goals in huge numbers and judging all these observations it is expected that we are about to witness a goal-fest this Thursday between the 2 teams.

Slovan Bratislava were unbeaten in 27 of their past 31 overall fixtures and in the process they had gone on 3 separate 2-game winning streaks as well as another 3-match winning stretch.

Do also note that they have lost just once at home since October of previous year, and in the process they had gone on a 5-game winning streak.

On the other hand, Olympiakos had failed to find the back of the net in just 3 of their past 18 fixtures and in the process they had even gone on a 3-fixture winning streak.

Moreover these 2 teams have always combined together to produce high-scoring thrillers as well.

Considering these observations, expect a goal-fest this Thursday.

Tips for Slovan Bratislava vs Olympiacos