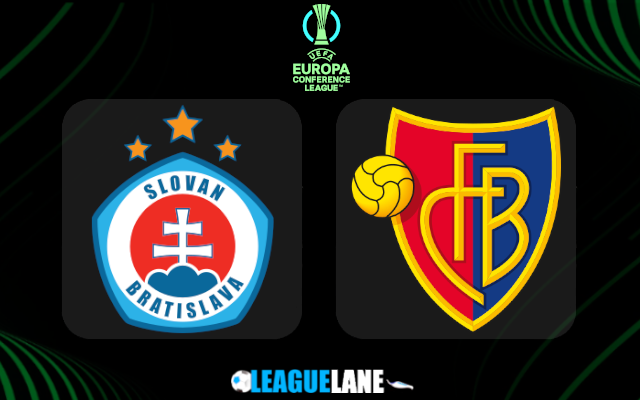 Slovan Bratislava will expect for a victory on Thursday when they play host to Basel in a Europa Conference League fixture at Tehelne Pole.

A two-goal win against Basel in the reverse fixture will undoubtedly help Bratislava to sharpen their hopes ahead of this clash.

In addition, Bratislava has managed to win many in the recent past. To point in exact, they have a 100% winning record in the past 5 overall outings barring a single fixture.

All those victories are a testament to their improved form, apart from this, their goal scoring and preventing side is currently having a good form across competitions.

They will be hoping to seal a victory with the spirits gained from the aforementioned games, which possibly help them to advance into a safe zone spot of Group H from their current 3rd position.

Meanwhile, after losing to Slovan Bratislava in their last ECL game, Basel also had to taste a defeat against Lugano in a Swiss Super League fixture. It is also worth noting that they failed to score in these two games.

However, with Basel unwilling to give up top spot at the moment, they are points level with second-placed Pyunik at the moment. So the result of this fixture will cost much for them.

The home advantage will play a big role in this fixture because the hosts are currently playing in an unbeaten form at this stadium. Their goal scoring record is as impressive as their victories of late.

Bratislava had netted in a total of 19 goals in the previous 8 home fixtures. With an offensive side like this, there’s nothing wrong in expecting at least two goals from this team.

For all the above reasons, expect a victory for the home side on Thursday. We also like to back a Clean Sheet Win for Bratislava at the 3.50 Odds.