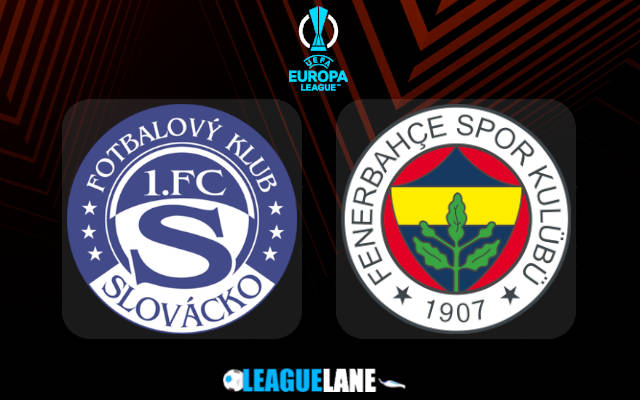 Fenerbahce have been one of the best teams in the Turkish top flight for the past several years and lately they have been in supreme form. They delivered a dominant win in the first leg of this tie and will be eager to register one more victory against Slovacko this Thursday.

Slovacko have been finding it hard to show consistency and are letting in goals in huge numbers. They lost the first leg on the road for a 3-0 score line and now they will have to find the back of the net 3 times in 90 minutes this Thursday to even extend the fixture into extra time.

However, there is a catch that they will have to keep a clean sheet during this and all of this sounds too hard to be replicated on the pitch.

They will have to concentrate too much into their offense and this will leave their already weak defence too vulnerable. And the in-form Fener will be happy to take advantage of the spaces left at the back.

By the looks of things, it is expected that Fener will deliver one more winning performance this Thursday on the road.

Slovacko were winless in 3 of their past 6 overall fixtures and in the process they had let in 2 or more goals in 3 of their former 6 fixtures. Do also note that they were able to deliver a total of just 18 wins in their league competition during the previous regular season.

On the other hand, Fener are on a 22-game unbeaten run and in the process they had gone on separate 8-fixture and 5-match winning stretches. Do also note that they had scored 2 or more goals in 7 of their past 10 overall games.

Moreover, do also take into account the fact that they have lost just once away from home in the whole of 2022.

Considering these observations, expect a victory for Fener this Thursday.

Tips for Slovacko vs Fenerbahce