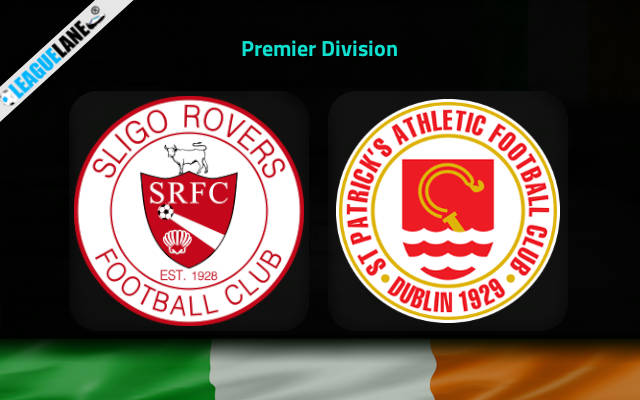 With just a few games remaining for the season to finish St. Patrick’s Athletic have a chance to jump to the third spot on the table. They will travel to Showgrounds to go head-to-head with Sligo Rovers for the final time in this current campaign.

This month the host ended their two-game losing streak as they defeated UCD by 2-0. However, they have not won any game since that victory.

In their last outing, they played a goalless draw against Derry City. The goalkeeper played a very challenging game as he thwarted Derry’s eight shots on goal.

Moreover, both teams are separated by twelve points on the table ahead of this fixture. This clearly shows that the visitors have had a great season all year.

Sligo’s home form is looking fragile as they are winless in three of their last four home fixtures. This is something John Russell has to improve on.

Tim Clancy’s game plan is to score the opening goal. This is what they have done in their last three consecutive outings.

Our first tip is that St. Patrick’s Athletic will score the opening goal – the odd for this tip will be at 1.80. In the game against Shamrock Rover, the visitors scored the opening goal in less than five minutes. This was also the case when they faced Bohemians.

The next tip for this game is that Number of goals will be between 2-3 – the odd for this tip will be at 1.95. In two of the last four meetings, the game ended with a total number of goals being in the range of two-three.