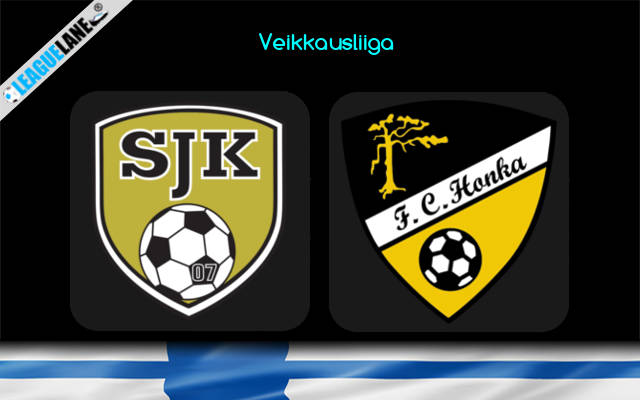 Gameweek 14 of Veikkausliiga is set for this weekend as the promotion seeking Honka play host to the relegation fighting SJK where both these sides differ by 12 points and are separated by 6 places. These two teams will be seen clashing at OmaSp Stadion, this Sunday.

Honka is at the 3rd spot on the standing with 24 points from 12 games. They won 7 times while drawing thrice and have lost on 2 other occasions. The visitors have one of the best offensive sides in the league netting 20 goals in total while their defense have let in only 10 so far.

In their last game, FC Honka drew 1-1 in the Veikkausliiga tie with Mariehamn. They remain undefeated at half-time in their last 14 league games. Momentum is really building for them as they have now gone 5 games without losing.

On the other side, SJK resides at the 9th position on the table with 12 points. Of the 12 matches played, they won and drew 3 times each while having lost on 6 other occasions. The hosts has put together a decline in form as they are currently on a 5-game winless run across various competitions.

SJK will be hoping for a better result after a 1-0 Conference League Qualifiers losing effort in their last game against Flora. They have failed to prevent opponents from scoring in 5 of their previous 6 matches, giving up 6 goals along the way.

Honka has now gone 5 games without losing and they have been impressive lately. Scoring is not an issue for them when they play away from home. They have scored in the last 5 games they have played on the road.

Knowing that, we expect Honka to seal a win this Sunday.