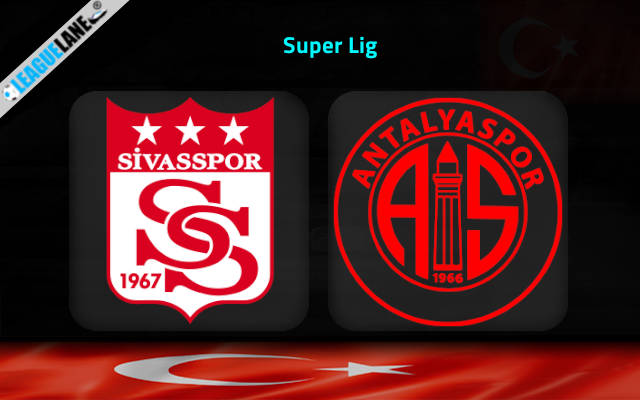 Antalyaspor got their third win of the season when they defeated Istanbulspor by 2-1 last time. An important game awaits them at Yeni 4 Eylül Stadyumu where they will go head-to-head with their rivals Sivasspor.

Trabzonspor ended Sivasspor’s two-game winning streak most recently. The scoreline could have been higher in that 1-0 defeat however, goalkeeper Uğurcan Çakır stopped all five shots on target from Rıza Çalımbay’s side. This result puts them in the thirteenth position on the table.

Nuri Şahin tried a different formation in the game against Istanbulspor. This new plan helped the team win their third game of the season. He will most likely stick with this new plan in this upcoming game as well.

The host got an important 2-0 victory against title favourites Istanbul Basaksehir earlier this month. This was their first win of the season.

The visitors have lost 60% of their matches this season. An interesting fact is that both teams share the same points ahead of this match. They do have an advantage of playing one game less than their counterparts.

The host have kept a clean sheet in two of their last three matches, including one against Istanbul Basaksehir. Therefore, the visitors will have a difficult time at Yeni 4 Eylül Stadyumu. Also, they have lost three consecutive away matches this season.

Our first tip is that the Sivasspor will win by 1-0 – at 7.50 odd. This is after considering that they are on a two-game winning streak at home in all competitions.

Furthermore, our second tip for this game is that Sivasspor will keep a clean sheet – the odd for this tip will be at 2.75 odd. They have kept a clean sheet against CFR Cluj and Giresunspor recently.