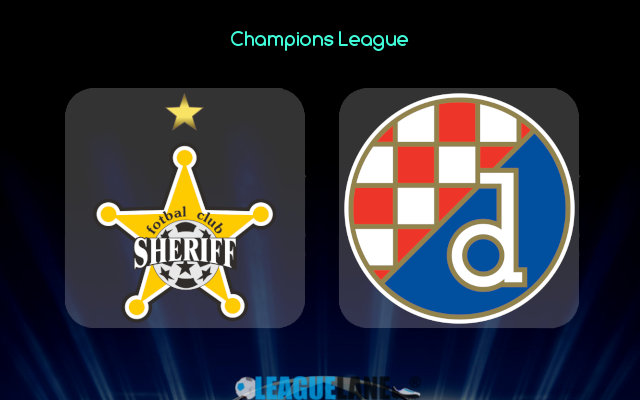 On paper, Dinamo Zagreb has an easy play-off fixture against FC Sheriff Tiraspol, but the Moldavians just bagged the biggest surprise result in the third round.

Sheriff went in as huge underdogs in the previous round tie against Red Star Belgrade. But they were in control over both legs, first a 1-1 draw in Belgrade to finish with a 1-0 win at their own turf.

The Moldavians are reaching the play-offs of Champions League for a third time. But they are yet to progress beyond this stage. They were knocked out by Basel (2010) and Olympiacos (2009) on the previous two occasions.

Dinamo Zagreb had a tricky outing against Legia Warsaw in the third round. The 2-1 aggregate win was achieved by an away win in Polish capital after the first leg in Zagreb ended 1-1 all square.

The Croatian club last appeared at the Champions League group stage in 2020-21, locking horns with the likes of Manchester City and Atalanta.

Dinamo’s record at Champions League play-offs is pretty strong, having won the double-header 5 times while suffering elimination on 2 occasions.

This will be the 7th head-to-head meeting between Sheriff and Dinamo Zagreb.

The Croatians are unbeaten in those 6 having won the latest without conceding a goal. While the pair of fixtures in 1-1 draws, Sheriff progressed to the next round after penalty shootout.

This is a big mismatch on paper and Sheriff are here solely based on their highly spirited performances in previous three rounds. Just 2 goals conceded in those 6 games while scoring 11 goals. However, Red Star is the only serious opponent they met so far.

Zagreb too played 6 games in qualifiers, but they had tougher oppositions in the previous 2 rounds in Legia and Omonia Nicosia. The Croats conceded just 1 goal in the last 5 games since starting off with a scrambled 3-2 win against Valur.

With every game played this season, let it be qualifiers or domestic league, Dinamo have become more solid in the defense. But some improvements in the final third could see them cruise in this tie.

Anyhow, we do not believe that there will be a lot of goals in this contest, and it will a solitary strike that separates the teams at the end. Yet, Dinamo are the team that seem more likely to do it in the first leg.