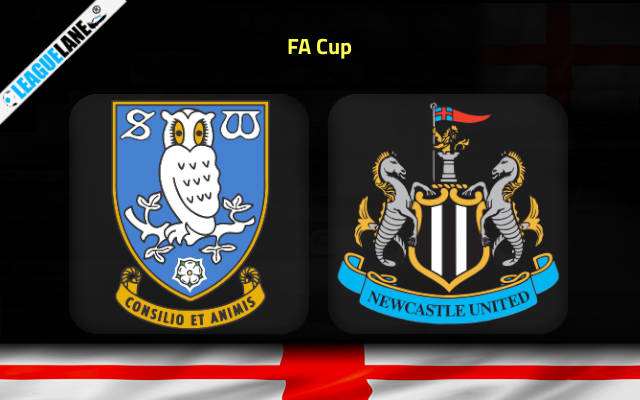 A real buzz is expected in and around Hillsborough on Saturday evening when Sheffield Wednesday play host to Premier League’s sensation Newcastle in the third round of the FA Cup.

The Owls will give their own spice to this game having been enjoying a spectacular form in this term of League One.

The hosts have claimed their third win in a row on Monday, beating Morecambe 5-0 oat Hillsborough.

Jamaican manager Darren Moore is doing an incredible job with this Sheffield Wednesday team. The Owls hold the second position in the League One standings after 25 rounds of the competition.

Moore can be particularly pleased with his squad’s recent defensive displays since Sheffield Wednesday allowed only a single goal in the previous four League One affairs.

Nevertheless, Newcastle have been equally impressive but they have done it in the elite tier of English football.

The Magpies boast the Premier League’s best defensive record. They have allowed just 11 goals in the inaugural 18 games of the season.

They have even managed to keep hold of the red-hot Arsenal in a goalless draw at Emirates Stadium on Tuesday evening.

Eddie Howe’s troops have not conceded a goal in any of four games after the World Cup break. We certainly fancy them to keep this streak alive here against the third-class opposition.

Both Sheffield Wednesday and Newcastle have done very well defensively in the recent outings and we don’t have too many reasons to expect a goal fest when they come across each other.

The quality is, however, on the Magpies’ side. This makes Newcastle to win & Under 2.5 goals FT the best betting option here at the odds of 4.00. You can alternatively take the 7.50 odds for Newcastle’s 0-1 victory at Hillsborough.