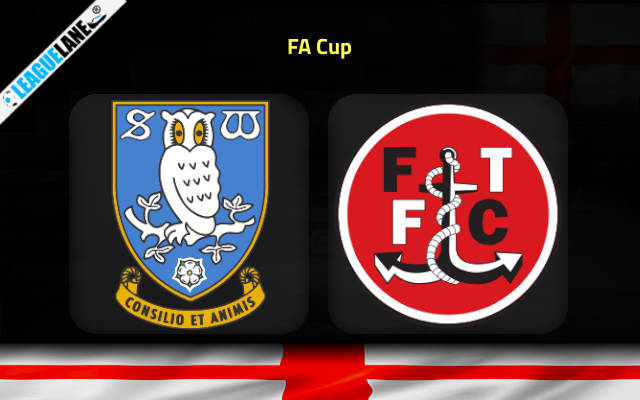 Sheffield Wednesday vs Fleetwood Predictions and Free Tips from our expert tipsters when the teams go head-to-head in the England FA Cup on Saturday, 28 January 2023.

Sheffield Wednesday is on an exceptional form at present. They are on a 15-game unbeaten streak and are on a separate five-game winning streak in League One. Sheffield is at the second position in the standings at present.

Meanwhile, Fleetwood is not having an impressive form of late. They lost four of the last five league fixtures. As a result, they have dropped into the 17th position in the same list in which Sheffield Wednesday includes.

They have only met four times and Sheffield Wednesday won all the fixtures scoring goals at a good rate.

At this stadium, Sheffield have managed to prevent Fleetwood from scoring in their total two h2h meetings.

Who will win the match between Sheffield Wednesday vs Fleetwood?

The current form of Sheffield Wednesday is far better than any other team. Apart from a 13-game unbeaten Derby, no other team have made such a long set this season.

We don’t expect them to be on the losing side while having such a stellar run even in an FA Cup fixture. Especially against Fleetwood, their League mate.

Sheffield sealed a win over the likes of in-form Premier League outfits, Newcastle in their previous round. The match saw Sheffield scoring a couple while leaking one.

In this match, they might score more than two goals as they faces a much weaker team like Fleetwood, who owns a weak defensive side.

Sheffield have kept a clean sheet in four of the past five home matches. Moreover, they sealed a clean sheet win in both the h2h clashes against Fleetwood at this stadium. Thus, we don’t expect goals from both ends here.

Sheffield Wednesday is on a long 13-game unbeaten streak at home. They have been successful in sealing victories even against Premier League outfits on the way.