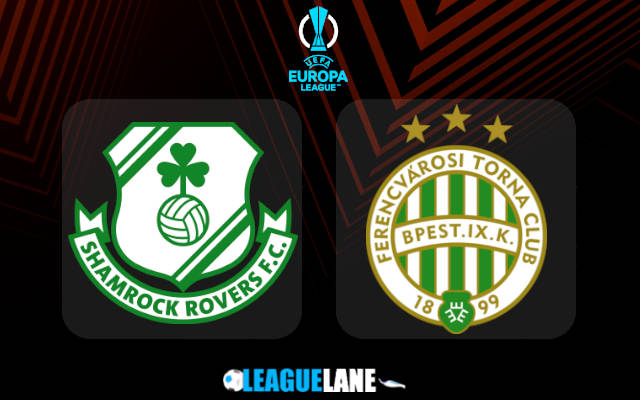 Ferencvaros have all but closed the playoffs tie against Shamrock Rovers seven days ago in Budapest where the claimed a demolishing 4-0 victory.

Adama Traore starred with a brace as Ferencvaros dominated every single aspect of the game on the occasion.

They had 25 shots (13 on target) and took 7 corners to Shamrock Rovers’ 4 shots (1 on target) and 1 corner. These numbers best show the Hungarians’ dominance and the difference in quality between the two teams.

The return leg at Tallaght Stadium will thus be only a formality which makes it tough to predict. The lack of proper motivation may move us away from Ferencvaros’ win, but it is hardly to back anything else here knowing about the huge gap in quality between the two teams.

This will be the fourth straight appearance in the group stages of European competitions for Ferencvaros who have featured this stage twice in the Europa League and once in the Champions League in the last three years.

On the other side, Shamrock will make it to the groups of Europa Conference League which is still a major success for the Irish football knowing they have been there (in the groups of any continental competition) just once in the past.

In terms of the teams’ domestic performances, Shamrock are seven points clear atop the Irish Premier Division standings after 19 rounds, while Ferencvaros opened the new NB I campaign with two wins in two games and a 5-0 goal difference along the way.

We may question Ferencvaros’ motivation here after their 4-0 win in the first leg. However, the 2.00 odds offered for their victory at Tallaght Stadium still look great knowing about the significant gap in quality between them and Shamrock Rovers.

Since Shamrock Rovers have been completely toothless in the final third in the first leg, we also like Ferencvaros to keep a clean sheet at the 2.62 odds.